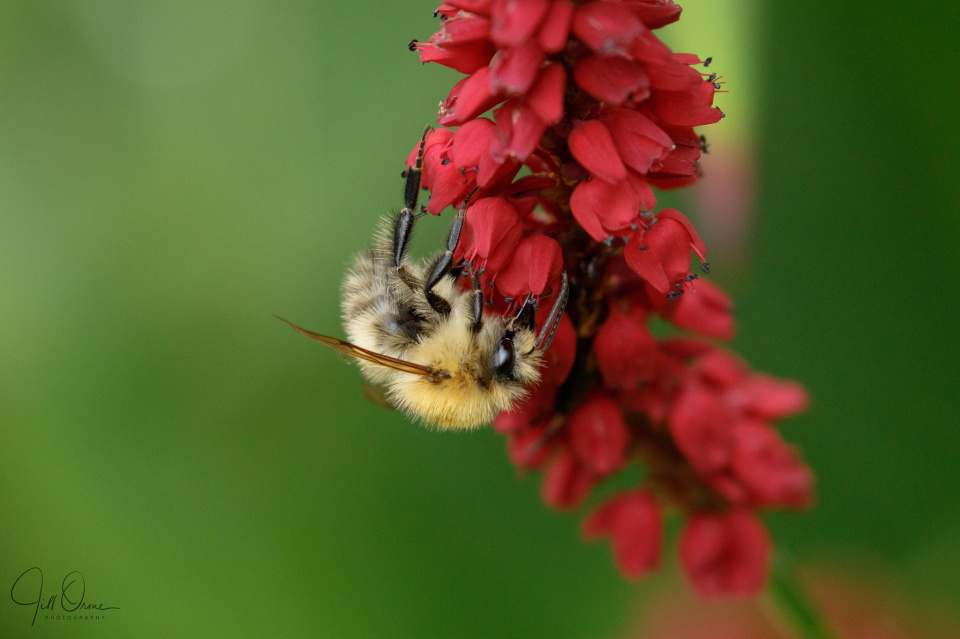 I didn’t take all that many photos today, because for much of the day the light was almost non-existent and my usual subjects were camera-shy, but of those I did take I like the simplicity of this. The bee is a Common Carder, which is one of my favourite species. The flower – which isn’t one of my favourites, but is a reliable source of pollinator food at this time of year – is persicaria, which is a kind of domesticated dock.

A few years ago I put one small persicaria plant into the pear tree bed, expecting it to struggle as most herbaceous plants do in our soil, only to see it make a determined takeover bid for the entire back garden. I hauled it out and split it, and now I have two enormous clumps, one in the front garden and one at the back – and next year I may have to split it again. Today the patch around the pear tree was covered in bees, wasps and hoverflies, but while the wasps were happy for me to get in close with the macro (or didn’t care what I did, at any rate), the bees and hoverflies were not, and it was one of them that I wanted to capture; so I stood back a couple of feet and shot this with the long lens, which has given a rather nice separation between the flower spike and the background.