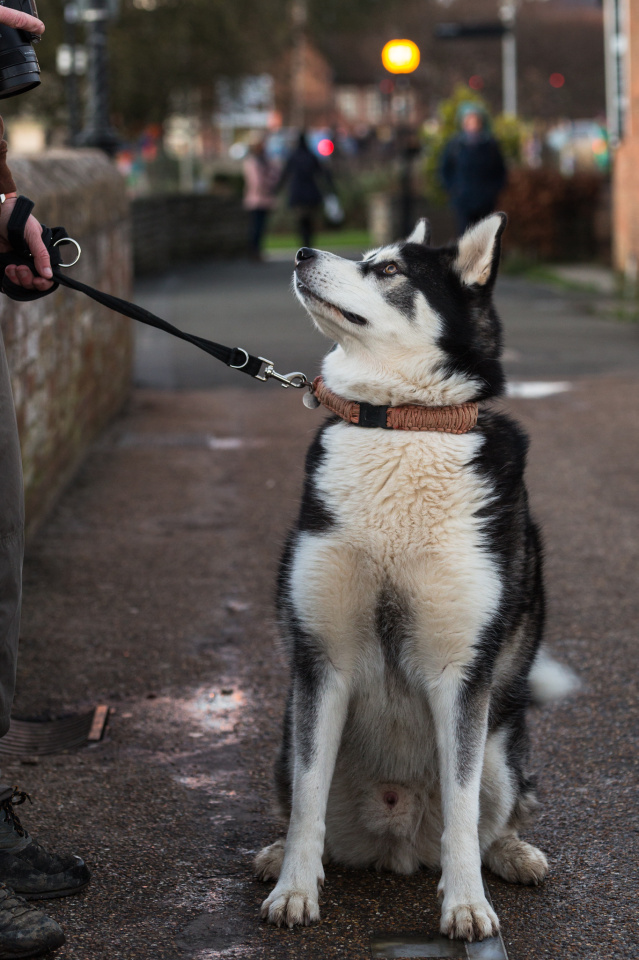 Emma Davies sent out a challenge today to those of us taking her on-line course, to choose a subject and make a collection of photos on that theme across the year. Much discussion ensued in the Facebook group, as you might imagine.

After I took this portrait last Saturday I said to R that I rather fancied the idea of being an English version of The Dogist, but for the fact that it would necessitate me talking to people rather than just taking photos from inside my own little bubble. Today I decided that making a collection of photos of dogs I happen to meet on the street would be a good project for me, because it would force me to interact with strangers and thus take me out of my comfort zone. I’ve always admired blippers who tackle stranger portrait projects, but I really don’t have the nerve to try it – so this is my rather easier version. I’m calling my collection Dogs of the United Kingdom, because Dogs of the Midlands sounds somehow rather depressing.

So when I went to Stratford to run errands this afternoon (where I bumped into Technophobe again, as if by fate), I tackled my first two dogs and their humans. I had two tries at a Border collie called Jess – firstly when she was with her Dad, who couldn’t make her sit still at all, then about half an hour later I met her again with her Mum and had slightly more luck – but she was still quivering, ready for the off, and none of the photos was pin-sharp. Her Mum was also a keen photographer, so we had a bit of a chat about that (“That’s a macro lens, is it?”), and discussed local photography groups.

Then I went up onto the Old Tramway Bridge to photograph the sunset over the river, and bumped into a chap whose attempts to do the same thing were being severely hampered by the exuberance of his malamute cross, Sherpa. In fact I would describe Sherpa as being as mad as a snake (in the space of five minutes he howled at me several times, had a set-to with a labrador, and excited the furious ire of a minute Yorkie), but he did at least sit still for a couple of photos, making him Dog of the Day.

Today’s late posting excuse is the fact that Arthur severely Let Himself Down this evening. I won’t regale you with the gory details – I’m sure he had his reasons, and I don’t want to lower him in your estimation – but quite a lot of clearing-up was necessitated. Arthur, I fear, is not Dog of the Day.