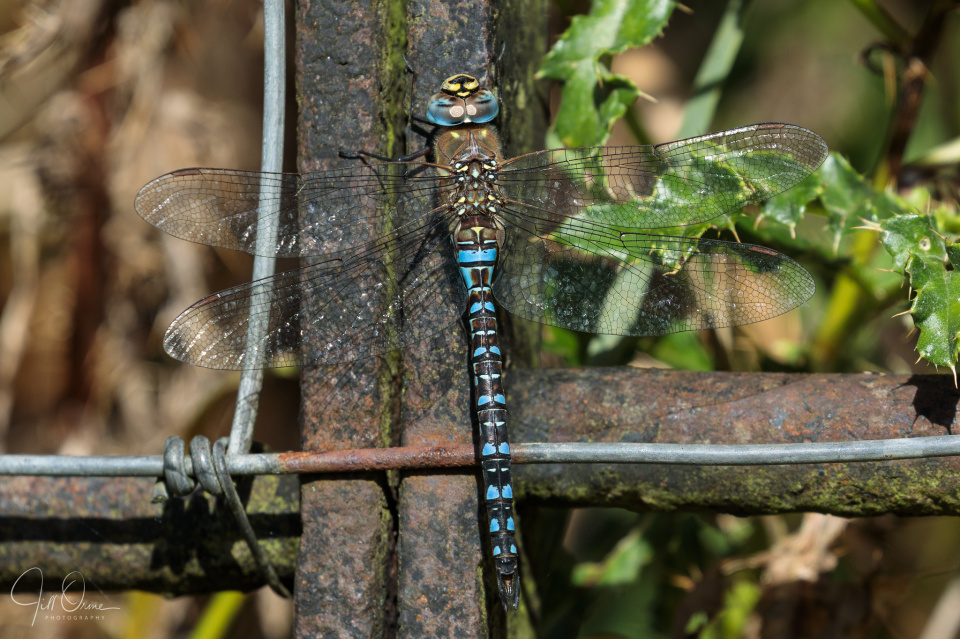 R and I had entry tickets for Charlecote this morning, but when we discussed the trip yesterday we were both ambivalent about going; we didn’t quite decide to call it off, but it seemed more than likely at that point that we’d be staying at home. In the event though, today dawned bright and sunny, and the thought of a brisk walk in picturesque surroundings and nice light was enough to get us out of the house. “Brisk” is the operative word though: it was bitterly cold, with a blustery wind, and even though I was wearing multiple layers of clothing I could only stay comfortably warm by yomping around the park at high speed. Though a hot coffee and a large chocolate chip cookie may have helped a little….

Although the park was cold, the temperature among the deer has risen several degrees since our last visit a fortnight ago. Most of the does are looking quite agitated and flighty, and they’ve moved down from West Park with the fawns and yearlings, and are congregating in the Deer Sanctuary, across the river from the house. One or two bucks have joined them there, and given that the male and female herds live separate lives for most of the year, that fact alone is enough to signal that the rut will be starting pretty soon. Having said which, most of the big bucks were still lolling around in a bachelor group up in Hill Park this morning, looking inscrutable and conserving their energy – so none of the does have come into oestrus yet.

After walking Hill Park and West Park, we were heading back towards the house when the wind suddenly dropped and the temperature rose by several degrees. Immediately, as if by magic, the air filled with flying insects (various). I hadn’t expected dragons this morning, and still wasn’t actively looking for them, but as we turned towards the gate through to the walk along the River Dene I saw this Migrant Hawker flying very slowly along the fence. I begged him to perch, of course (asyoudo), and I don’t think I spoke to him more than half a dozen times before he slowed even more and then gently settled. Shortly after I’d taken a gazillion photos of him he moved on, but I then spotted a female just a little further along the fence, and almost at the same moment R noticed a second male basking very close to her. 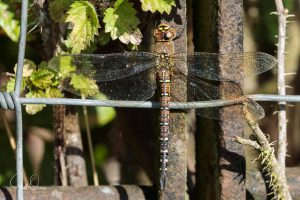 I’ve posted the female as my extra here, and the two of them together on my Facebook page. If you’d care to take a look at the Facebook photo you’ll see that they’re separated by barely more than a wingspan – maybe ten centimetres, or four inches in old money. According to Brooks & Cham early morning basking is common in Migrant Hawkers (or, I suppose, late morning if the early morning was too cold for flight), but I’d never seen this behaviour before and I was delighted to have been in just the right place, at just the right time, to have witnessed it today.

Unexpected dragons: what a treat!