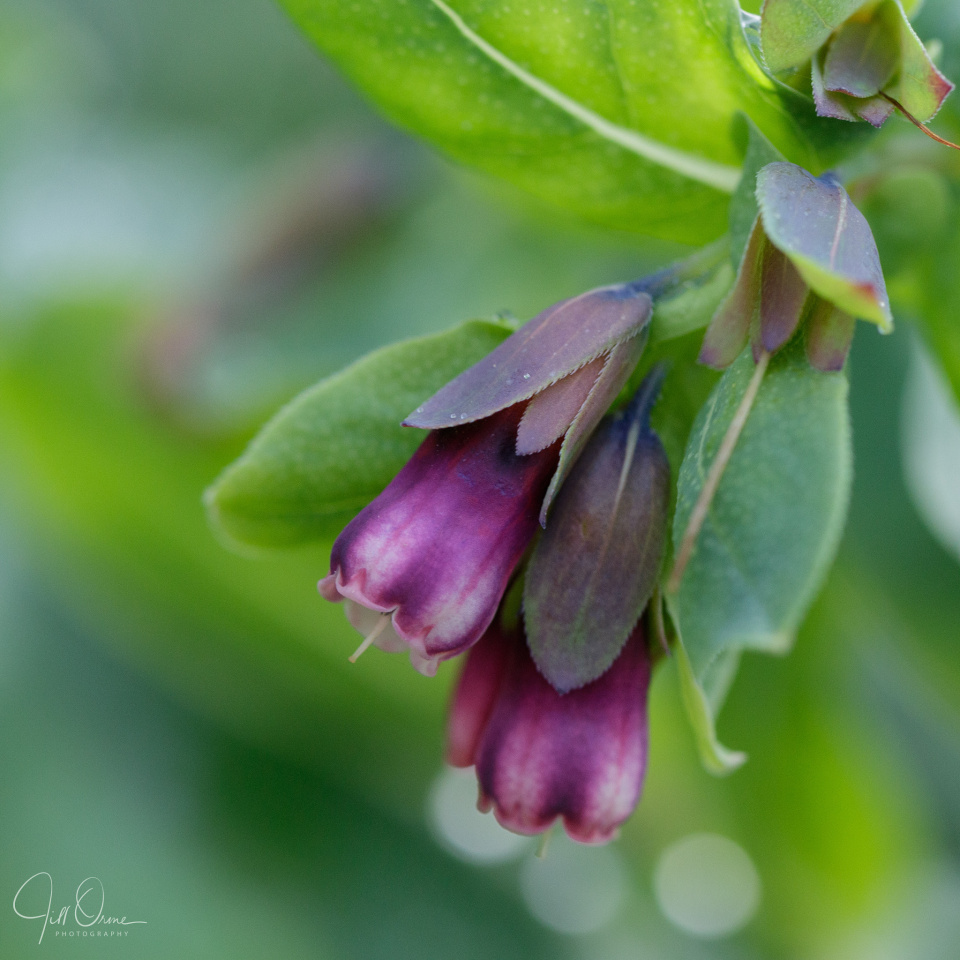 Our next-door neighbour gave me a couple of cerinthe plants a few years ago, joking that we’d never now be rid of them. In fact they reacted with disfavour to the (relatively) nice bit of soil I found for them, and pretty promptly died back, though not before setting seed. The seed also eschewed the flower bed, but took with great enthusiasm in a patch of gravel in the yard where we park the cars.

R, not being a complete slattern like his wife, prefers to keep the yard at least passably tidy, and the cerinthe caused him some annoyance, but the first summer it came up we had a conversation that went something like this:

R: Can I hoik this stuff out?

J: It’s just an annual though, and it doesn’t last very long. You can pull it when it goes over.

If either of us thought this meant we’d be rid of the cerinthe after just one summer though, we were proved wrong. “It wanders like mad,” someone said to me; well, not in this garden it doesn’t. It does spread though, and by this summer it had colonised a big enough patch of the yard to be in danger of being flattened as we drove in. Especially by R (But think of the BEES, R! etc., etc.).

A few weeks ago I realised that the cerinthe patch was now a mess of shrivelled debris, which I pulled and threw onto the compost heap, and as far as I was concerned that was that for the year, though I trusted it would be back in time to feed the Hairy-footed Flower Bees in March. You’ll imagine my surprise then, when I walked through the yard yesterday and spotted this scene – and it’s not just one plant: the entire patch is back up, and all busily coming into flower.

According to one of the web sites I’ve found that sells Cerinthe major ‘Purpurascens’, the seeds need a period of cold to germinate, so I think mine must have become confused by the series of overnight frosts we’ve had recently, giving way to relatively mild days, and it thinks we’ve reached spring already. What happens next will depend very largely on the weather: if it turns dramatically colder in the next few days the cerinthe will die back, and if all last summer’s seed has now germinated, this could mean the end of the entire patch. But even if these plants last another few weeks, there are hardly any flying insects around now, so in order to get seed for the spring I may have to try to spread the pollen myself. It’s not how I’d envisaged spending December – but (all together now) I need to think of the BEES…!