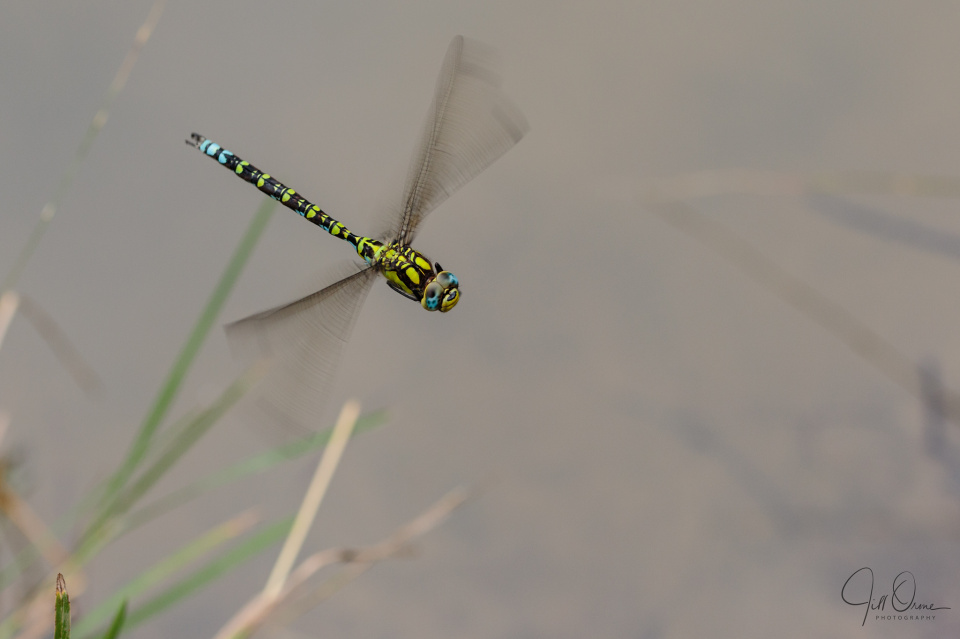 I was very lucky that this Southern Hawker took a liking to me at Trench Wood this afternoon, because otherwise I fear I’d have been posting something far less attractive today. I’d already walked around Grafton Wood, where not only were there no Brown Hairstreaks in evidence, there wasn’t much of anything else either: my haul over an hour amounted to a few rather drab hoverflies, a couple of hornets, and a hawker that disappeared into a reed bed as soon as I pointed the camera at him, and stayed there – tantalisingly, I could hear his wings clattering against the reeds every now and then, but he didn’t emerge, and eventually I ran out of patience and left.

I was already grumpy, having lost an argument with my bank earlier in the day, in which my position was that having held my account for a quarter century they know me well enough by now not to need to treat me as a potential money launderer, and theirs was that I can like their attitude or not, as I see fit, but they have no plans to modify it. This had left me so angry and stressed that I really needed a nice walk among some interesting wildlife in order to rebalance – but instead, I found myself even more frustrated than I’d been before setting out.

When I left Grafton Wood I almost came straight back home, but at the first junction made a snap decision to swing round via Trench Wood first – just in case the invertebrates there might be in a more playful mood. And I hadn’t been at the pond for more than a couple of minutes when this Southern Hawker zoomed in, made one rapid circuit of the reeds, and then flew right up and checked me out. Each time he went off to hunt he’d come back after a few seconds and examine me again; the first couple of times he came too close for me to get either lens on him, but after I moved to a section of the pond edge where there were fewer reeds he stood back a little, and then I was able to get some shots with the macro. If you look at this full-screen you’ll be able to admire (as I do) his rather stylish side-whiskers.

I continued to be the main focus of Mr Hawker’s interest until suddenly I wasn’t, when he spotted a female of his own kind, pounced on her, and carried her off to the trees for some alone time. And speaking of pouncing: if predation is your thing, I’ve put a sequence of images on Facebook of what I think may have been a Tachina fera being demolished by a hornet. If you’re squeamish though, I’d suggest giving them a wide berth.

Before I go off to do my tax return (the fun never ends!), I’d just like to say thank you for your generous reception of my last two blips – all comments, stars and hearts are much appreciated.