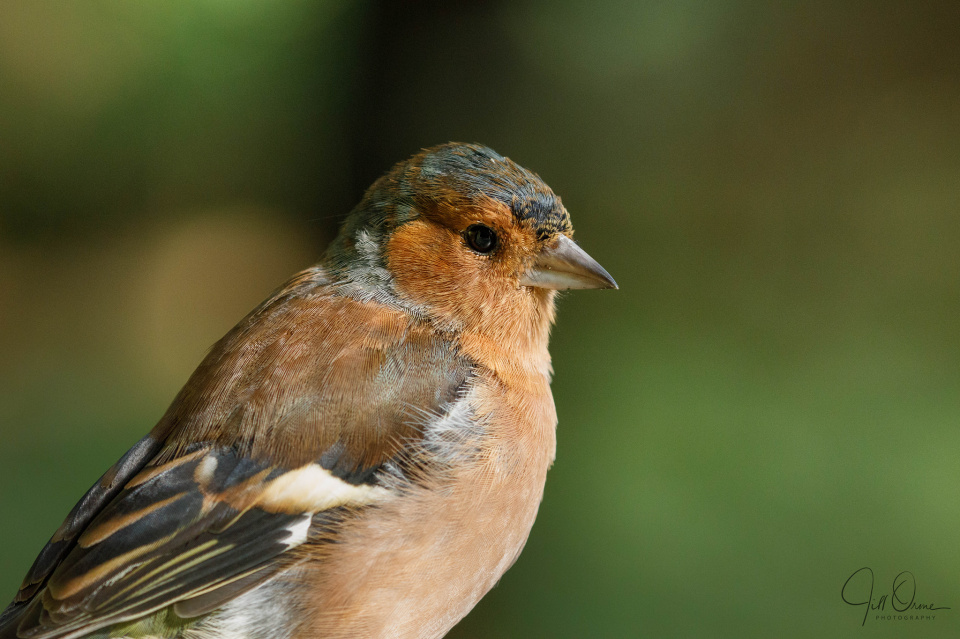 This morning we went back to Leaplish, one of the visitor sites beside Kielder Water, and revisited the wildlife hide in the forest. The area immediately in front of the hide contains several bird feeders, but a notice explains that at this time of year there is plenty of food available in the woods and that therefore the feeders are only filled a couple of times a week; today they were empty, and the area was teeming with small birds, mainly chaffinches, which seemed outraged that the buffet was unavailable. They were flying back and forth from feeder to feeder, squabbling furiously, and even trying to get into the hide through the open window where R and I were sitting – which was astonishing, until I spotted that there were two large padlocked food bins behind us! We spent perhaps quarter of an hour watching them, while gently discouraging the bolder ones from joining us inside the building, and found it fascinating to be within touching distance of birds that you’d usually expect to fly away as soon as they saw a human. If wildlife watching was reliably as interesting as this, I think that R would be in the market for some camera equipment of his own.

Since we’ve been up here I’ve been mithering about a reserve called Falstone Moss, a peat bog with a pond in the middle of it which is reported to be a good site for acid-adapted dragons, and having worked out more or less where this was, I asked R to make another stop en route back to the cottage, so that I could try to track it down. We parked the car at Castle Howe, another visitor centre by Kielder Water, from which Falstone Moss is allegedly a walk of just a few hundred metres, and where there’s a café in which R could wait for me over a coffee; to my surprise though, he decided to walk the considerably more than a few hundred metres up onto the Moss with me, to make sure that I was safe – which was nice, because peat bogs aren’t the safest of environments, and I didn’t much fancy ending up in a museum as a bog body. And luckily, at the end of a steepish climb, we found that the flatter and wetter part of the reserve has an excellent boardwalk, on which he felt able to leave me hunting dragons and return to the café. The weather wasn’t hospitable, with a howling wind driving rain flurries across the pond, so it wasn’t surprising that I only found a single pair of Black Darters, but I’ve added Falstone Moss to my mental map of dragon sites, and if we stay up here again and the weather is good I’ll pay it another visit. 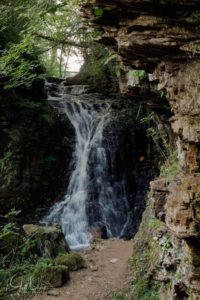 This afternoon we had to go into Hexham to change the courtesy car (for complicated reasons to do with the other driver having accepted responsibility for the accident), and with the weather and the light having improved, made a snap decision on the way back to swing into Bellingham and walk up Hareshaw Linn. Which I can tell you is a bit of a pull, especially on a day when you’ve already hiked up to a peat bog. As to whether the waterfall view at the top is worth the climb, I’ll leave you to judge from the photo; personally I’m glad to have seen it, but don’t think I’ll be rushing back. This was taken hand-held at 1/15 second, from what felt like reasonably safe ground by a stone seat. As you can see from the trampled ground it is possible to walk further forward, and then down some rocks onto another flat area that’s quite a bit closer to the waterfall, but as I was already fighting the determination of my nervous system to fold my legs underneath me, I decided to deny myself the extra excitement.