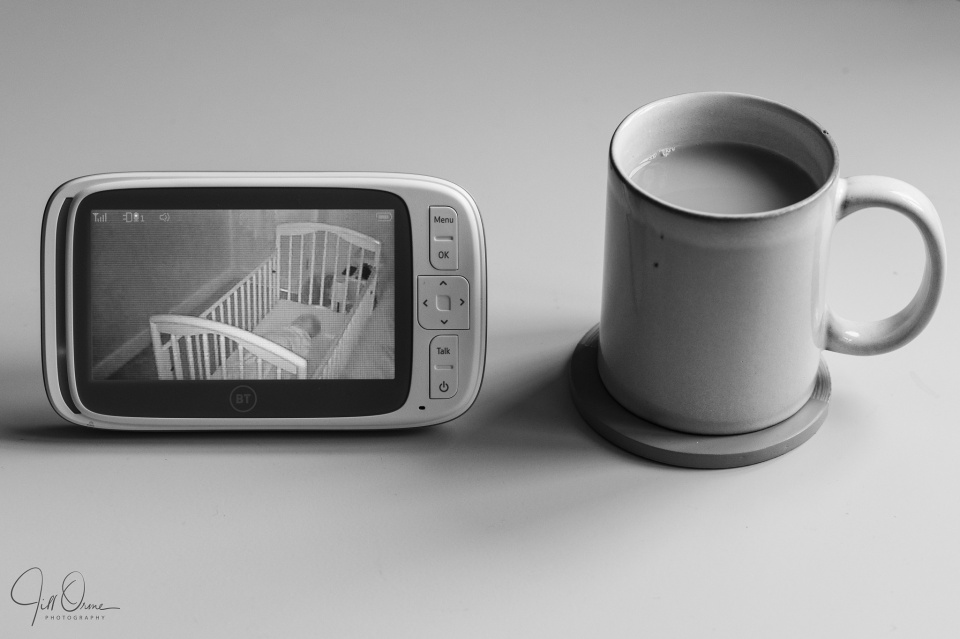 A couple of “firsts” happened during R’s and my visit to Cardiff today.

Firstly, we took Baby B’s lunch with us when we went for our walk, and after R and I had bought a snack and some coffee from the local bakery the three of us had a little al fresco picnic in the park. This worked surprisingly well: for the past couple of weeks B has been mildly but vocally resentful if we were eating and drinking while he was not, and today he seemed very happy to eat the home-made fruit and vegetable rusks L had packed for him while we had our lunch, and to drink some water from his special straw cup.

And then back at the house, after L had put him to bed for his nap, she and G went off to a restaurant for their own lunch, and R went back out for a longer walk, leaving me in charge all by myself. “Don’t worry,” I said in response to some maternal twittering before they left. “If I don’t phone you up screaming, assume that everything’s fine.” I then sat down with my Kindle, a cup of tea, and the baby monitor, and had a very peaceful forty minutes or so before R arrived back. Shortly after that Baby B woke up, and by the time his parents came home the three of us were playing happily together in the sitting room.

B, who will be eight months old tomorrow, is teething, with all the usual associated discomforts, and today he was quite pink in the cheeks and puffy around the eyes. He refuses point blank to display the single tooth he’s produced so far, but is happy to use it: my finger and R’s nose can both attest to the fact that it’s definitely present, and quite sharp. He’s still much keener on the idea of standing up and walking than he is on crawling, but almost despite himself he seems to be acquiring pre-crawling skills. He’s about to start attending nursery a couple of mornings a week, and I think it’s likely that the combination of the chance to observe other babies, and an increase in motivation to reach objects that he wants, will very soon have him zooming around on all fours.