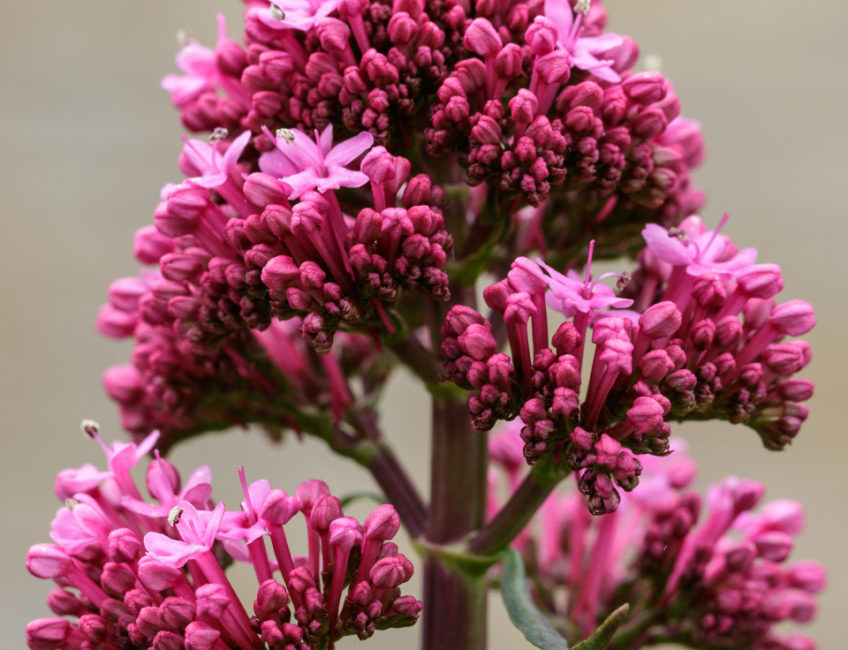 According to the weather forecast we were due a mild and sunny day today, which filled me with expectation of a productive bug hunt; but as I peered out of the back door at the bitter gloom enveloping the garden, I could almost hear the solitary bees scoffing from the warm safety of their nests. As I was now in a bad mood anyway I thought I might as well take out my angst on the garden, so I donned enough layers to resemble the Stay-Puft Marshmallow Man, and sallied forth.

I was only planning to do an hour, but fairly quickly fell into the “just one more weed” frame of mind, and in the end R had to save me from myself by removing the wheelbarrow to the compost heap and sitting me down with a cup of tea. While I’d been edging and weeding a border in the back garden he had been creating a neat boundary between the lawn and the gravelled drive at the front, which sounds easy, but was actually at least as physical as all my stabbing and ripping – so we definitely deserved a nice sit-down. And as we’d both effected a visible change, we had the satisfaction of admiring our work and complimenting each other.

By this time the sun was trying to break through and the temperature had risen a couple of degrees, so I though it might be worth trying my bug hunt – but all I found were some Anthophora plumipes, a couple of Melecta albifrons, a solitary Andrena scotica and a rather shabby Bombus pratorum – a total of maybe ten bees in three quarters of an acre of garden. So instead of bugs I found myself photographing plants, including the Centranthus ruber which is just coming into flower along the front wall.

This is a plant which seeds itself around the place with such abandon that for years we assumed it was a weed, and tried, with no success at all, to eliminate the stuff; it was only when I got into bugs in a big way and realised what a magnet it is for nectar-feeders that I persuaded R to give up the unequal struggle. Now I notice that it’s possible to go out and buy it, which makes me feel better about leaving it alone: at £15 for three plants, I’d say that we probably have a couple of hundred pounds worth knocking about the homestead. I wouldn’t recommend adding it to your own garden unless you have plenty of space for it to wander around in – because it definitely will – but if you do establish a colony I can virtually guarantee that in decent weather it will be covered with bees, hoverflies and butterflies.