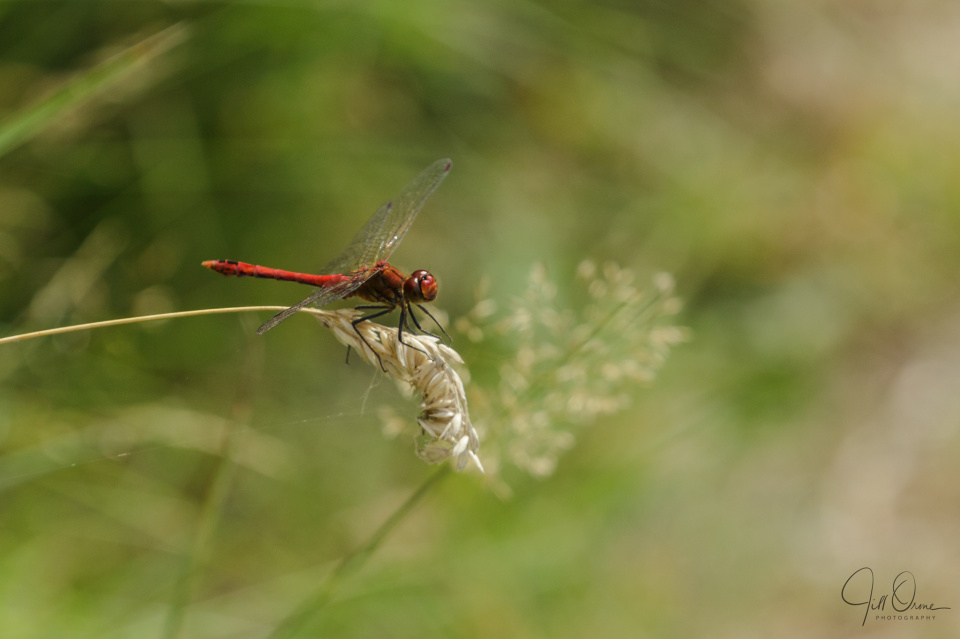 I had contemplated going to the Game Fair today – as it’s being held at Ragley Hall, which is just a few miles down the road from here, it seemed almost rude not to. But you know me by now: I’m largely a solitary creature, and the thought of mixing it with a huge crowd of people in 30° conditions made me positively neurasthenic – so I zoomed off northwards to explore a different bit of Shropshire instead.

A scenic drive through places such as Quatt and Much Wenlock brought me to Venus Pools, owned by the Shropshire Ornithological Society but also a haven for invertebrates, and currently hosting a number of Clouded Yellow butterflies – the first significant invasion of this North African migrant to have reached the West Midlands for several years. I had wondered if they might be difficult to spot, but I needn’t have worried: they are deep butter (or even ghee) yellow, and quite unlike any other butterfly we have in this country, and the three that I saw today stood out beautifully against the meadows through which they were flying.

What I’d failed to factor in was the possibility that I might only find unmated males, and all of today’s specimens were in that frantic state in which they seem to be trying to be everywhere at the same time, so as to maximise their chances of being first to a female, should one appear. So I really needed either to have arrived earlier in the morning, when they were still not properly awake, or to have allowed myself more time to wait around for their energy to run out. As it was, I had the pleasure of watching them patrolling, but found them almost impossible to photograph; I’ve put the best of my many fails here, and should you care to click through to it, one of the followers of my Facebook page has posted a very nice shot in the comments that shows what they look like when they do decide to land.

What was encouraging, on seeing them at close quarters, was the realisation that the bright yellow butterfly that flew over the car when I was driving along the Worcestershire/Warwickshire border a few days ago can really only have been a Clouded Yellow. That one was heading west into the Vale of Evesham, and it’s quite possible that it’s still there, and that others may yet join it over the next few weeks as the migration continues. If I hear reports of a colony close to home I will certainly try to track it down and get some decent photos.

Although this shot is better-focused than my Clouded Yellow, it’s still a little Impressionistic – largely because I was quite a long way away from the Ruddy Darter, using a 400mm lens, and the grasses were blowing around in a stiff breeze. But R likes it because the contrast of red and green, and I like the fact that I caught the Darter looking up – though I feel a little guilty for saying that, because I know that he was checking for danger, as the area was being patrolled by a very large male Brown Hawker.

The only other thing of note that happened today – allegedly – was a total lunar eclipse; sadly, reports suggest that the whole of the UK was blanketed by cloud, so we all missed it. Cue general grumpiness.