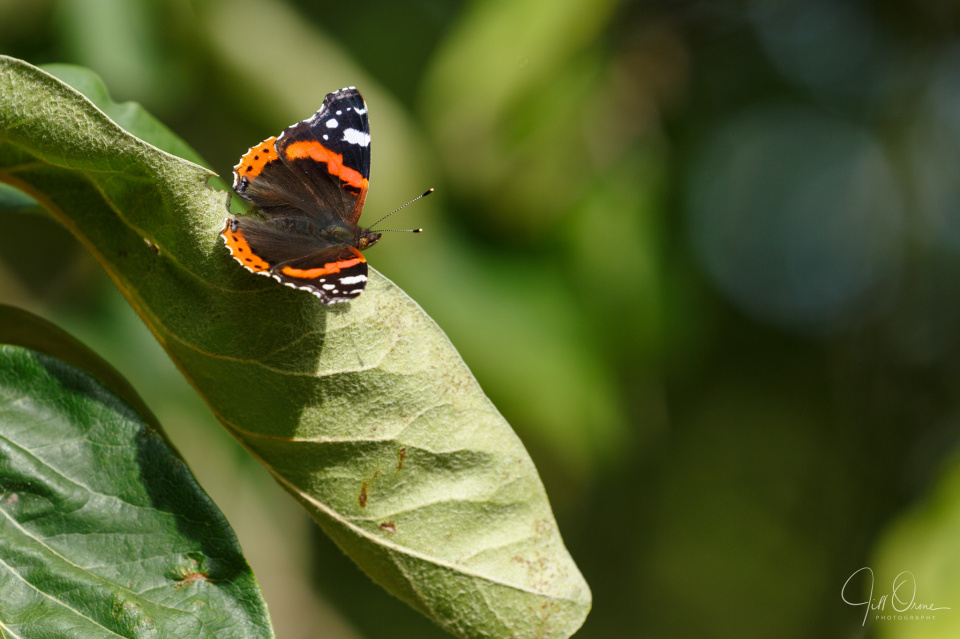 When I was a child, growing up in rural Lancashire, I was really quite frightened of insects (in fact, I’m still repulsed by crane flies, but let’s pretend that I didn’t just confess to that bit of silliness), and took very little interest in them. Butterflies were either “brown”, “white”, or “Red Admirals”; I think the fact that this was the only species I could put a name to was partly because of its dramatic looks, and partly because I liked the name.

In my memory it was always a very common butterfly in those days, though in fact it probably wasn’t: this is a species whose numbers fluctuate quite a lot, because it’s primarily a European migrant. Each year the small number of resident butterflies (which overwinter as adults, though it’s thought that very few survive a British winter) are boosted by an influx from the Continent in the late spring and early summer, the size of the migration varying with the weather conditions. The incomers then breed here, with the new generation emerging over quite a long period, from the late summer through to about the middle of the autumn.

The Red Admiral favours damp woodland, which is interesting because at this time of year we always seem to have at least one in our far garden, which has large, mature trees, and in a normal summer ranges between damp and swampy; even this year, the quince on which this fresh specimen is resting is somehow managing to swell a huge crop of fruit. Males are territorial, and females are said to be very picky, choosing males with good territories; again, this area of our garden is likely to find favour, because it’s left quite wild and has a lot of nettles, which are the main larval foodplant for this species.

I’ve added an extra photo today, of a family of coots which charmed R and me as we were crossing Lucy’s Mill Bridge in Stratford this afternoon. Of the three chicks, the one on the left was the noisiest and most adventurous, the one in the middle did the most eating, and the one on the right was the quietest and smallest. Coots are known to be pretty ruthless parents, and will kill one or more of their own chicks if there isn’t enough food for all of them, but this female was being quite solicitous towards all of her brood today – though they still face a battle for survival, with plenty of potential predators both in and out of the water. 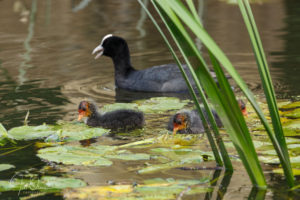