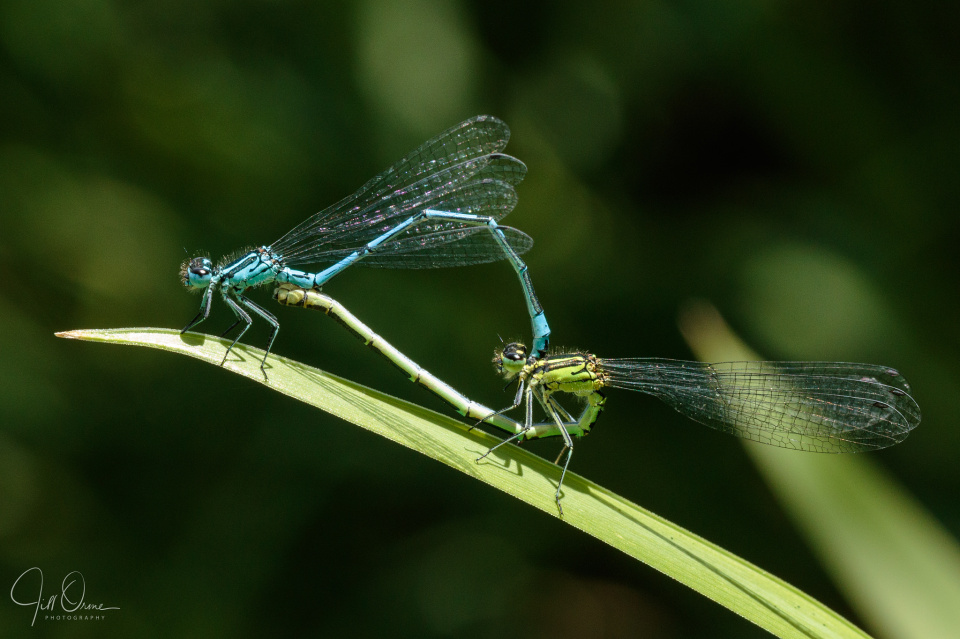 Goodness me – the state of your mind….

I had very little time for photography today, because it was concert day for Chipping Campden Festival Chorus, involving the final rehearsal with soloists, as well as the performance. Given that it was a steamy 32° by the time I got back from rehearsal, I didn’t feel that rushing around, or even walking very far, was going to be a particularly good idea, so I just strolled down the lane, walked through Tilly’s field in search of butterflies, and paid a short visit to our neighbours’ pond. Almost all of the village invertebrates seemed to have taken shelter from the fierce sun – and I didn’t blame them – but there was a clutch of damselflies doing damselfly stuff around the pond, and I was pleased to be able to get a good angle on these mating Azures.

So my quickie bug safari paid off. Ahem.

The concert this evening went really well. We sang the John Rutter suite of folk songs called A Sprig of Thyme, and six famous opera choruses, with two lovely young female soloists and a piano and organ accompaniment. It was a little different from any programme we’ve put on before, and the audience seemed to thoroughly enjoy it – when we hit the big final note of Mascagni’s Easter Hymn, I saw R’s face break into a huge grin, and knew that we’d done a decent job.

Oh, I forgot to mention yesterday that I added to my bird list. After dinner I heard the most astonishing noise coming from the garden, and when I went to see what it was found a bird on one of the telephone wires, singing its heart out. It looked like a thrush, but didn’t sound like one, and luckily it stayed long enough for me to get the camera and take some photos – which showed that it was a mistle thrush, a species I knew of, but had never seen or heard before. Sadly though, I don’t think it will be taking up residence, because its call went unanswered, and after about quarter of an hour it flew away.