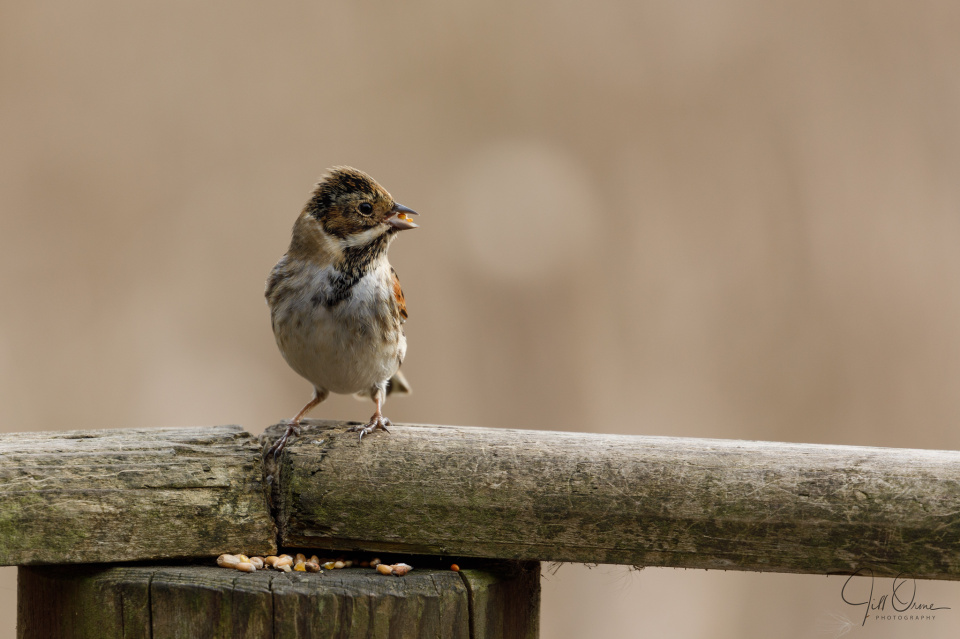 I made a first visit to the RSPB reserve at Middleton Lakes in Staffordshire today, and did the Wetland Walk, which comes in at about 10,000 steps. There’s only one hide, but it’s a roomy one in the middle of the reserve, and I met a couple of chaps there who obviously know the site well and were very helpful in telling me the best times to visit, and what I might expect to see. One of them also spoke about the wildlife corridor which is opening up between a group of reserves running down the east side of Birmingham, which made me feel quite hopeful for the health and security of nature in this area.

At various points along the trail people had been dropping handfuls of seed, nuts, and dried mealworms on logs, railings, and walls, which provided some really nice photo opportunities as small birds came down to feed. I’ve chosen to feature this reed bunting today because he was so cute with his punky hairdo that he made me smile; but my Yes! of the day is in the extras: my first treecreeper of the year, spotted as I walked through a wood to get to the wetland are of the reserve. 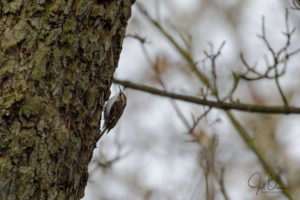 The other quite notable thing about Middleton Lakes is that there’s a heronry in some large oak trees quite close to the car park, and there were already signs of nesting taking place today.

After my walk I felt in need of coffee, so it’s handy that about 100m from the RSPB car park is Middleton Hall, which has a nice café in a small courtyard retail area. The Hall was open, but by this time I was keen to get back on the road, so I passed on it today; but it has a fascinating history, and looks as though it will be worth a visit in its own right on another occasion.