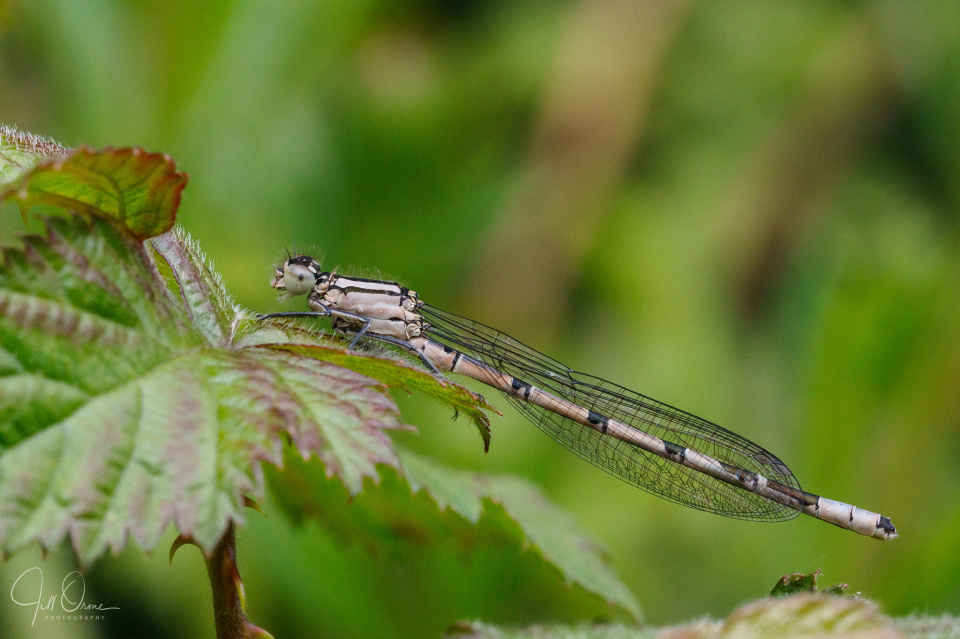 “How did you get on?” said R when I arrived back from the Cotswold Water Park. “Not as well as I’d hoped,” I said, “but better than I’d feared.”

In fact I had a thoroughly engaging time at Lower Moor, photographing all manner of tiny creatures, including beetles, sawflies, bush cricket nymphs, and moths. The Odonata I’d gone hoping to find were in short supply though: I saw just one Emperor dragonfly, and not a single Chaser, Skimmer, Hairy Hawker, or Downy Emerald. I did spot (or put up) a number of damselflies, but almost all of them were immature, like this extremely pink Common Blue. The question that’s exercising me at the moment, and to which I haven’t been able to glean an answer so far, is whether, should the weather ever warm up, the Odonata season will simply shift – that is, happen as normal, but later by a few weeks than usual – or whether the early dragonflies simply won’t emerge at all this year. Time – and some more visits to dragon reserves like this one – will tell. 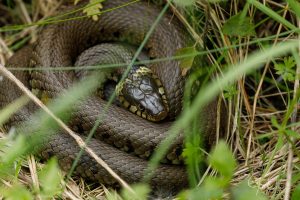 Tonight’s extra is a grab shot of the biggest grass snake I’ve ever seen. I was checking one of the two small ponds at the reserve for Odonata, while watching my feet quite carefully so as to avoid treading on anything precious, when I spotted it a few feet in front of me, resting in what I assume had been a sunny spot before the cloud cover rolled in. It’s said that if a grass snake sees a potential predator staring at it, it will often roll over and play dead, with its mouth open and its tongue hanging out, but this one was made of sterner stuff than that: it eyed me right back, but with added disfavour, for several seconds before suddenly swooshing off into the grass and disappearing. A magnificent beast.