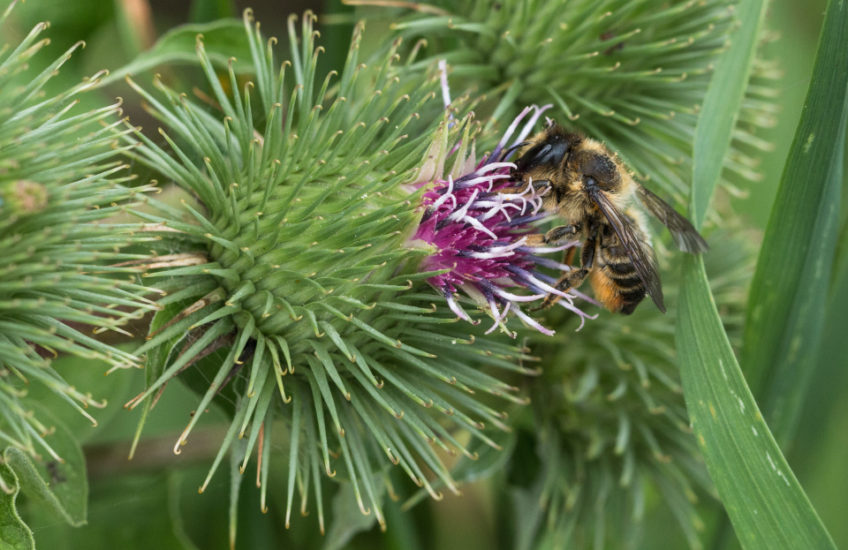 I’m pleased and relieved to report that today was a much better day than the last few have been. This morning R and I dropped the PC into Logical Computers in Stratford, where the chap made a “Hmmm…” noise when the problem was explained to him, and said that he would investigate and get back to us. We then drove out to Coventry to look at potential replacement machines, before going into Leamington so I could send off the Big Lens for checking and (if necessary) repair.

I do like the chaps in London Camera Exchange, even though they make me feel like Grandma Moses – they’re all young enough to be my children, and they treat me with the same slightly joshing courtesy as do the Offspring’s friends. Today one of them listened to me babbling out the story of the 5D, and the suggestion by the repairers that the fault might have been caused by the Big Lens, and then frowned, shook his head and said, “That doesn’t sound very likely.” I further explained that prior to the 5D breaking, the lens had suffered a knock which might have damaged it – at which point he said, “May I?”, unpacked it and checked it over, and then calmly attached it to a stock camera and tested it in action. He then returned it to me, saying that obviously it was entirely my choice if I wanted to spend £200+ sending it off to Canon for service, but that in his opinion there was absolutely nothing wrong with it – the blades were all properly aligned, and the focus motor was working exactly as he’d expect it to.

R was rather surprised when I arrived back at the car with the lens, but on hearing the story he agreed that in the circumstances rushing it back to Canon did seem like an over-reaction. I’ve since done some internet research, and haven’t been able to find any reports of a Canon lens causing damage to a Canon camera – so for now at least the lens is back at home while I ponder the matter some more. They’re not the easiest people to deal with, but I will probably phone the repairers to ask why they made the comment that was reported to me.

After this R and I visited three car dealerships and agreed on a few cars we didn’t like, and then came home – by which time it was surprisingly late in the afternoon, so I grabbed the camera and went out in search of bugs. I arrived back an hour or so later to a smiling husband: Logical Computers had phoned to say that they’ve replaced the power switch of the PC and it’s now working and ready for collection. Hooray!

This pretty little bee is Megachile centuncularis, the Patchwork Leaf-cutter bee. I knew there had to be leaf-cutters about because many of my shrubs currently have leaves like doilies, but I hadn’t managed to track any down until today, when I found several on this thistle. It’s a species which is widespread in southern England, but much rarer further north and almost unknown in Wales and Scotland; its primary food plants are thistle and bramble. According to its BWARS profile, “…nests are generally constructed within large burrows in wood, cavities in old walls and also occasionally in soil. Megachile species construct nests from cut pieces of green leaf. Megachile centuncularis uses 6-14 circular leaf pieces per cell body with 6-7 discs forming the lid to each cell. Ash, birch, honeysuckle, horse-chestnut, lilac and rose leaves are utilised.”

Thinking about the amount of work one of these tiny bees engages in, simply in order to fulfil the biological imperative, fills me with admiration and makes me slightly emotional. They’re absolutely welcome to the leaves in my garden – I just wish I could catch one actually cutting its discs, because that would be fascinating to watch and photograph. I’ll be keeping a much closer eye on my lacy rose bushes from now on!