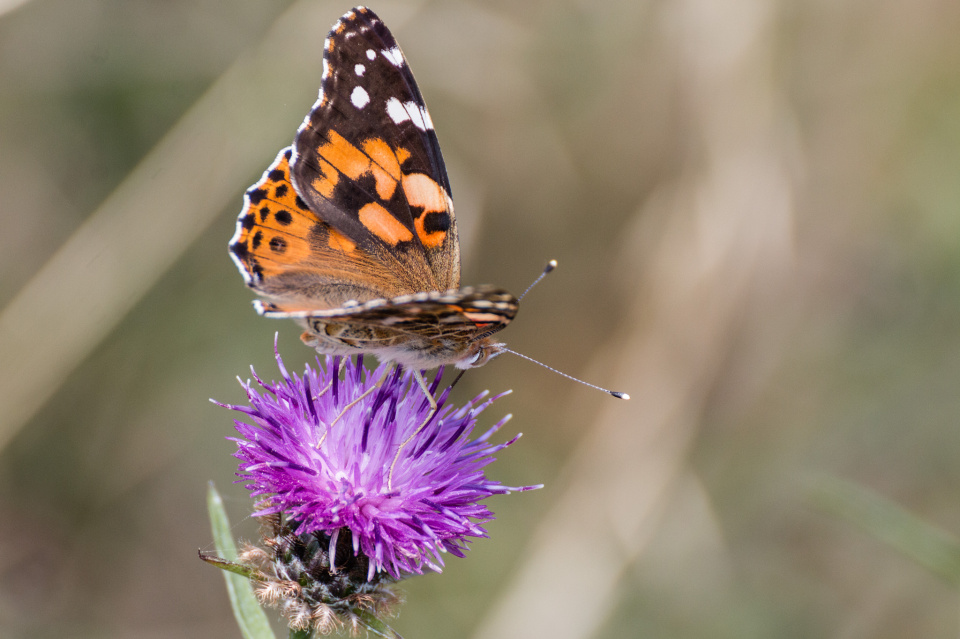 This morning was warm and sunny – and yet there was a kind of edge to the air that made it feel as though autumn was just around the corner. I walked the dogs through a field where there was almost frantic butterfly activity, and I found myself wondering if insects have a sense of when the summer is drawing to an end. I decided that I should try to get an outdoor blip today, because the weather forecast for the next two days is bleak – heavy rain, thunder, hail, flooding, and possibly a couple of minor plagues are on their way, and when all of that clears it’s forecast to turn noticeably cooler.

Later in the morning I had my 6-monthly check-up from the dentist (plus a session with the hygienist, but we won’t talk about that). Manju, my dentist, exploded with laughter when she saw me carrying the camera with the 70-300 lens on it, and asked if I was compensating for something (which is quite possibly true). She had a little play with the camera, took a look at my journal on here – and then suggested that she should take a photo of my teeth for today’s entry. I declined with thanks, on the grounds that everyone would probably unsubscribe if I posted an image so unappealing, and went off to look for something more attractive.

I popped down to the Avon to see if there was anything exciting happening there, but just found the usual tourists and swans.

Then on my way home I stopped at the field where I’d seen all the butterfly activity earlier in the day, and was rewarded with shots of four different species on a clump of knapweed in just a few minutes. I got decent photos of a Meadow Brown, a Common Blue and a Small Skipper (I think – though it might just be an Essex Skipper), but I decided to blip the Painted Lady because I’ve never photographed one before.

R and Child One chose the shot from a few possibles – the clan is gathering to celebrate R’s Big Birthday tomorrow, and she was first back into the Shire. However, as I type this I can hear that Child Two has now also arrived home, so I’m away to commune with Husband and Offspring, and I’ll see you all tomorrow.