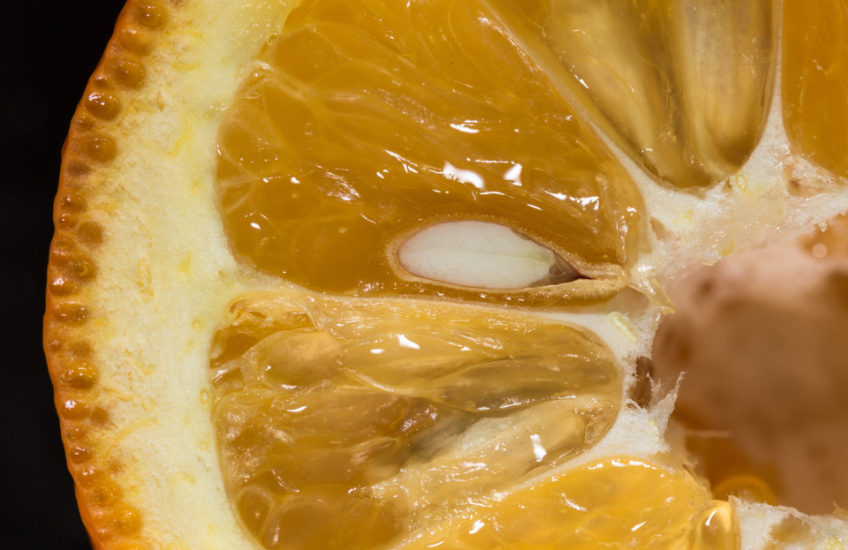 Phone calls bringing unsettling news and requesting advice; reassurance and support needing to be given, strategies needing to be devised – and then a firm (and unwelcome) stand having to be taken. All to the accompaniment of a headache-inducing soundtrack of mechanical throbbing, clanking, scraping and grinding, provided by a pair of contractors doing no-one seems to be sure quite what to the path in the centre of the village.

And then, when I finally got out with Arthur for his walk this evening, I was stopped by a police officer and told that one of our neighbours has apparently suffered an attempted (though happily unsuccessful) break-in, asked if I might have witnessed anything, and given no doubt highly sensible crime-prevention advice – while all I could think about was the pan of marmalade simmering on the stove and the aubergines roasting in the oven, and the fact that with the stream path closed off the shortest circuit around the village would take 20 minutes even without having to stop and listen for what seemed like an eternity while Smart Water was explained to me. Fortunately the house didn’t burn down, the marmalade was fine and the aubergines were… more or less edible. And R, normally a big fan of my cooking, had had an even more trying day than me and made it quite clear that he really didn’t care what he ate, making this a better than usual day for experimental aubergine cuisine.

I’m beginning to think we maybe need a holiday.

I took five minutes out of my marmalade preparation this afternoon to get a set of macro shots of one of the freshly-cut oranges. I do wish you could have smelled this: Seville oranges are wonderfully tangy and fragrant, and even several hours later, looking at the photo is making my mouth water.