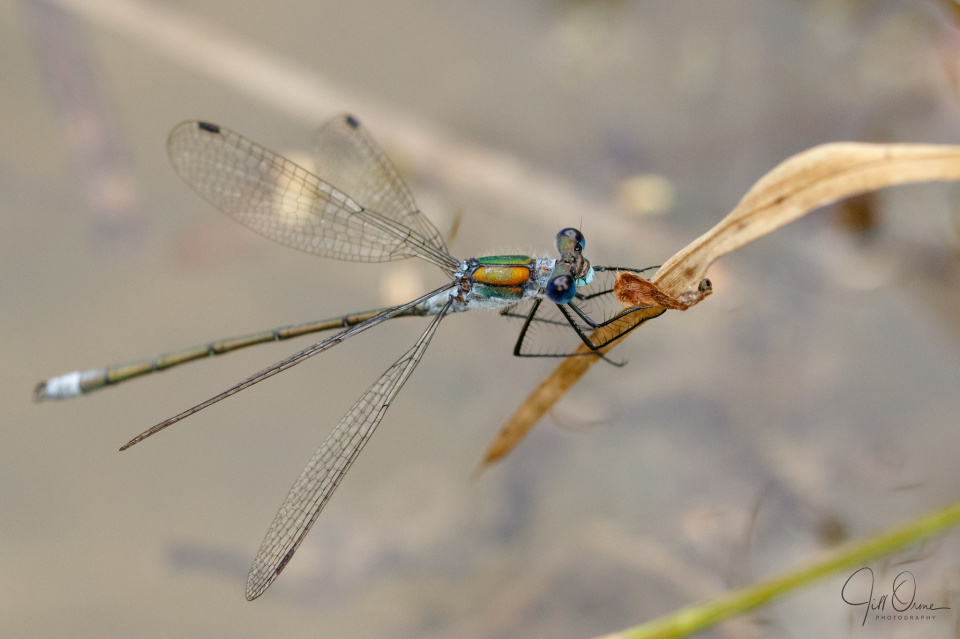 There wasn’t much going on at the pond in Trench Wood today other than the frantic mating activity of the Common Darters, which seemed to be everywhere I looked – and even where I wasn’t looking, the tell-tale scrunched cellophane noise of a female being grabbed and wrestled kept alerting me to their shenanigans. Common Darters usually perch on some kind of vegetation to mate, but the extra shows one of several couples I saw today just copulating on the path – it’s as though the need to reproduce has now reached the pitch at which even the usual perfunctory niceties have ceased to be observed. 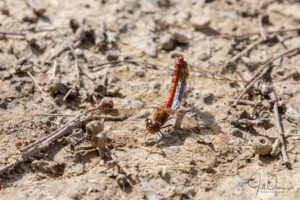 There weren’t many hawkers around, though a female Southern Hawker came and rested in reeds next to me for quite a long time – she was too deep in the foliage for me to get a decent photo, and two males that came to the reed bed several times to look for her couldn’t find her at all, so I think she was deliberately keeping herself to herself. Eventually she emerged, oviposited for just a few seconds, and then departed at high speed just as one of the males spotted her and gave chase.

My favourite photo of the day is this one of a male Emerald Damselfly. It’s not going to get me my ‘A’, on account of not being in focus from head to claspers, but I was (for once) happy with the light he’d chosen to pose in, and to have got any more of him within the focal plane would have required wading. As it was, I was leaning out from the bank at a fairly perilous angle, with the camera held as far out over the water as I could manage while still working the buttons, and given how sure-footed I’m not these days, it’s lucky that wading didn’t happen involuntarily.