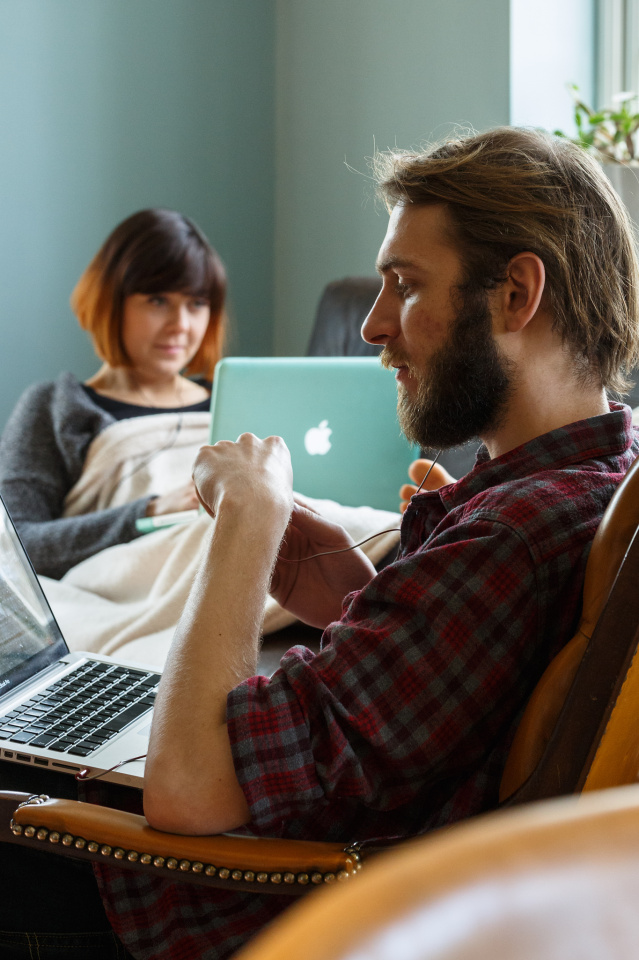 Lest you think this represents the death of conversation, we were simply having a little speaking break after virtually talking ourselves hoarse over breakfast. The Offspring were both working, while I made lunch with sous-chef assistance from R, and seeing this tableau I dropped my knife, yelled “Stay exactly where you are!” and beetled off upstairs to fetch a camera before they could run away and hide.

L has also allowed me to take some portrait images of her to be “creatively” fartnarkled with in Photoshop – but knowing her as I do, I’m pretty sure that she’d rather appear in today’s blip as bokeh. Or better yet, not at all.

After lunch, for which we were joined by Mr Boomsma, L went back home to Cardiff, and the two musicians spent the afternoon apparently working their way through most of the instruments in the house. I say that as if it were a bad thing, but actually I love to hear random bursts of live music – it makes the place come alive. This evening they’re playing a gig in Stratford, which I’ve decided not to attend because they’re going on after my bedtime; R, who is made of sterner stuff than I am, is representing both of us, and will no doubt give me a blow-by-blow account over breakfast tomorrow.