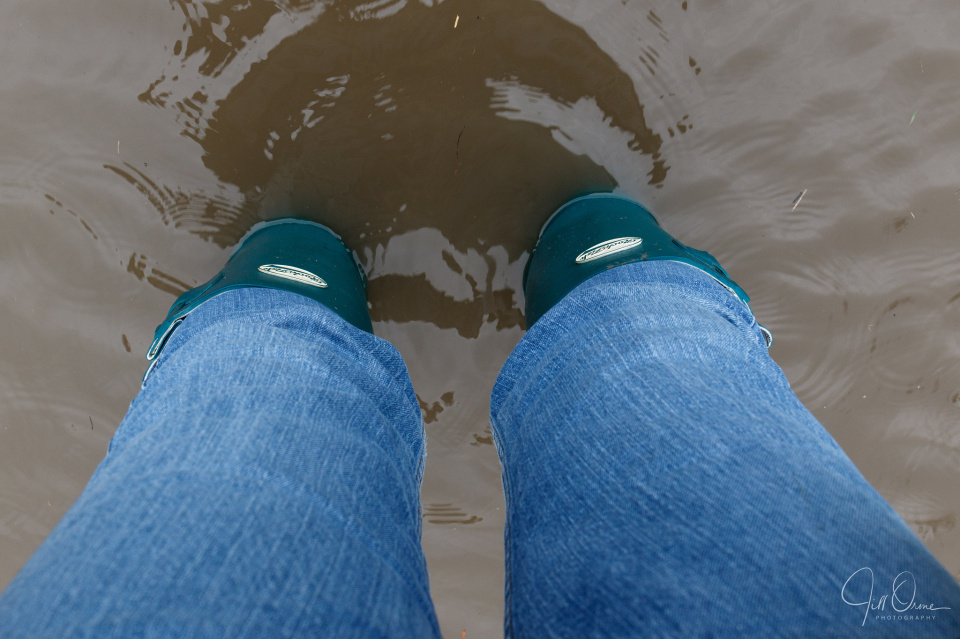 This was the lane directly outside our house at about 2pm today. The extra shows the extent of the flood to the north side of us – probably a couple of hundred metres at that time, though it carried on raining, so I daresay the water spread further over the course of the afternoon. The couple in that photo stopped, consulted, decided not to risk the section where I was, and retreated. R waded out for a walk around the parish a little later on (while I stayed in and Facetimed with Daughter and Grandson – a much better idea, I felt), and reported back that the brook had burst its banks and was up over the road at the south end of village. 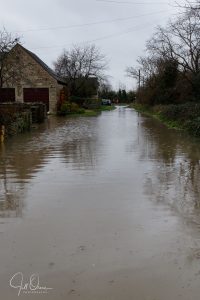 On the plus side, the last time I took a photo like this (a few years ago now), I was wearing cheap wellingtons, and discovered as I stepped into the flood that they leaked. These are decent boots and didn’t leak, though the next time I have to buy a pair I’ll pay the extra money and get Gore-Tex-lined ones: by the time I’d wandered about in this water for ten minutes, taking photos, my feet were so cold that it took me an hour to warm up when I got back into the house.

Apart from my ten minutes out in the road, and maybe five putting out bird food in the back garden, the only exercise I took today was leaping up and down on the sofa this evening and throwing my hands over my face, as R and I watched the last-ever couple of episodes of Spiral. It’s possible that I may have drowned my tension in a small bucket of red wine…..