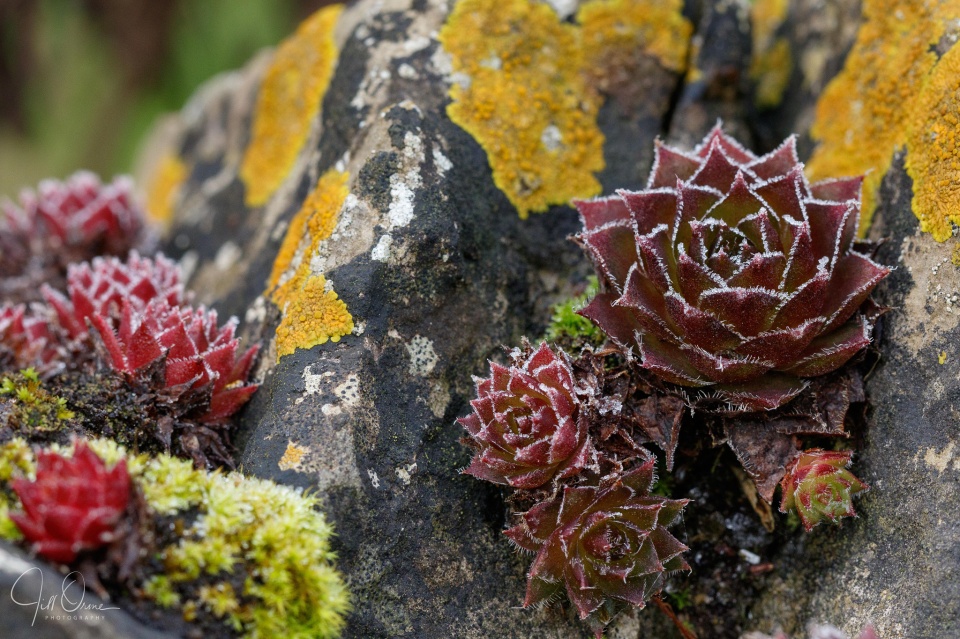 Yesterday’s flooding subsided overnight, and the dipping temperature had us waking up to a few pockets of ice around the garden. I scuttled out with the macro straight after breakfast in the hope of recording some of them, but most had thawed by that time. I do like the crystalline edging around these houseleek leaves, though, and the aggregation of sempervivums, mosses, and lichens in this crevice at the top of the garden wall.

Later in the morning I took part in the RSPB Big Garden Birdwatch, and recorded eighteen bird species in our back garden over the course of an hour. This was a decent improvement on last year’s total of fourteen, but I think the increase is probably due to the weather: it was so vile yesterday that there were very few birds out and about, so they would all have been hungry and anxious to feed this morning.

Tonight R and I watched The Dig on Netflix, and very much enjoyed it. Carey Mulligan and Ralph Fiennes are both excellent, and the period feel is well created; and though the fictional love story spliced on to the tale didn’t bring tears to my eyes, the archaeology did. It’s far too long since I last stood in the British Museum and marvelled at those incredible artefacts – revisiting them has gone onto my post-CV to-do list.