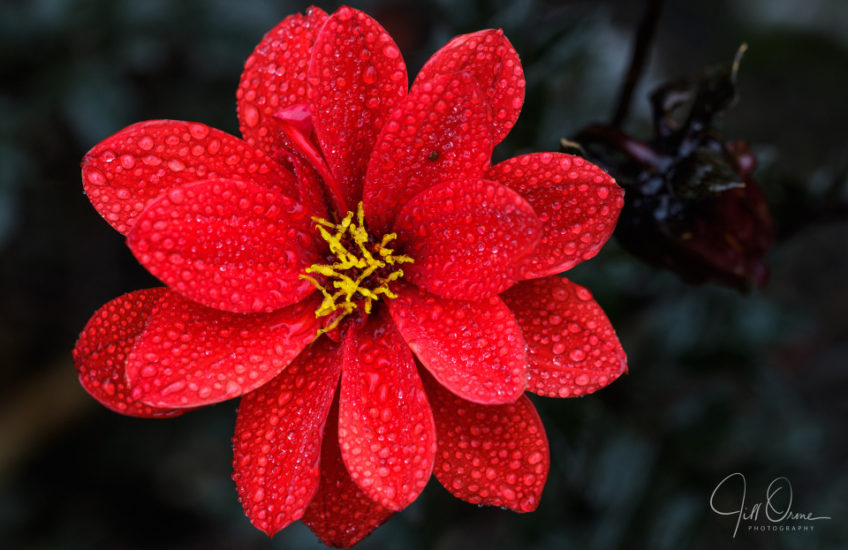 A slow day today, enlivened by a trip to Chipping Campden for coffee with R. In the Campden Coffee Company we bumped into W, a fellow-member of the group Stratford Clicks, and the person who organised our day out photographing the Chipping Campden craftspeople. We had a nice chat, during which I was able to pick W’s brains about a number of things including puffins and lighthouses.

Walking back to the car I spotted this, and couldn’t resist firing off a few shots despite the fact that I was wondering if I was about to be thwacked with a baseball bat. I still have literally no idea what was going on.

By the time we got home it was drizzling the kind of thick mizzle that feels more like a soft mist until you realise that it’s soaked you to the skin. Before retreating into the house I quickly photographed a few different wet flowers, but I like the way this dahlia came out and it was awarded extra points for not having been blipped before. It was a gift from my sister and BiL the last time they came to lunch, and is currently brightening (even in the rain) an otherwise drab section of the front garden.