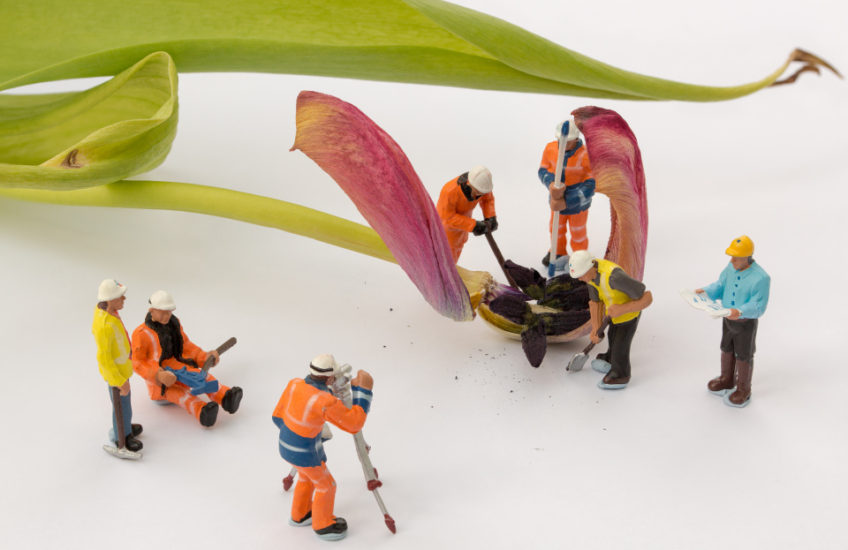 The slattern who was notionally in charge of housekeeping had left an entire vase of dead tulips in the conservatory, for reasons linked in some unspecified way to photography. Luckily the Bachmen were available to deal with the situation, and soon came up with a plan for moving the debris to the compost heap.

I’d been hoping to get out and about today, but the weather has turned grimly cold, windy and damp, so instead I’ve been doing indoor things for most of the day. I bought these tiny figures a couple of weeks ago, inspired by the work of Hanulli and dbifulco, but this is the first time I’ve tried to use them – and it’s much trickier than those ladies make it look!

This is a seven-shot image, by the way, focus stacked in Photoshop.