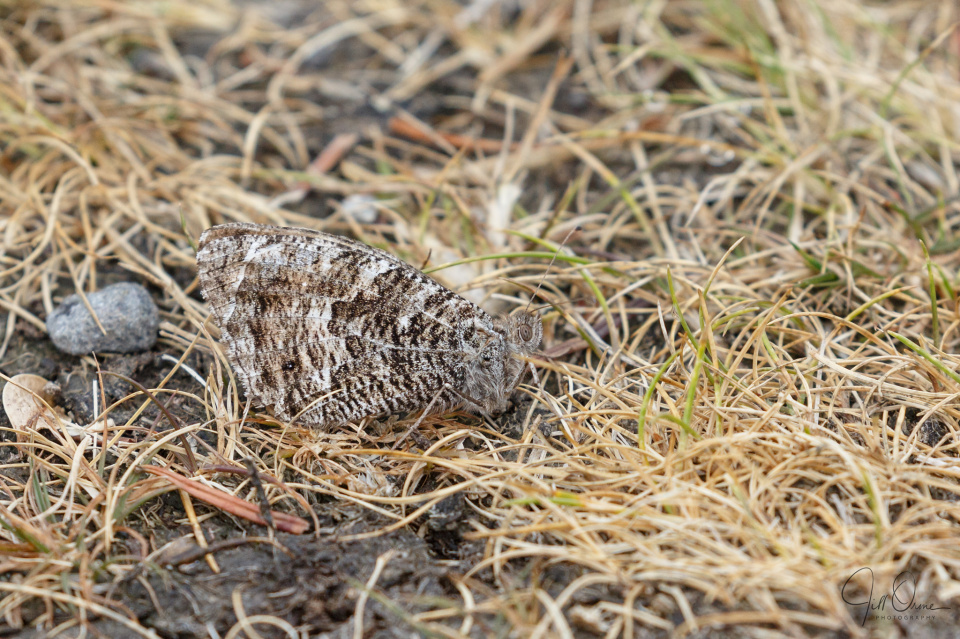 I drove all the way to the Stiperstones in Shropshire today – a round trip of about 150 miles – in search of Grayling butterflies. I don’t often have a reason to be in Shropshire, but actually the county is reason enough in itself: it has hills, and moors, and forests, and views, and rain – I actually had to put the roof of the car up for part of the northward journey! – and as if that weren’t enough, it currently seems to be hosting some of the most interesting invertebrates in the West Midlands.

I had picked up a weather forecast before setting out, and I’d expected the day to be overcast; but I wasn’t expecting to find myself driving towards hills on the top of which banks of cloud were resting, let alone the drenching rain that suddenly arrived, making the narrow lanes greasy and slightly treacherous. For a while I debated abandoning the project, but in the end the thought of a cup of coffee at The Bog drew me on, and by the time I arrived the rain had stopped.

I bought a booklet of local walks in the visitor centre, and was preparing to embark on one of them, when I remembered reading somewhere that one of the best places for Graylings is the area immediately around the car park. This occupies the site of a demolished mining village, and is a combination of scree and shallow heath running up the lower slope of quite a steep hill, with what is described locally as a reservoir, but which you and I would probably think of as a large pond, at what used to be the upper border of the village.

I wasn’t enormously hopeful about the Graylings – and in fact was checking out the reservoir for dragons – when quite a large brown butterfly flew past me, landed, and immediately disappeared from view. I walked towards where I thought it had come down, and though I still couldn’t see it, it suddenly lifted off again as I came a little too close for its comfort, and this time I managed to track it to rest and get a photo before it took off again. And thus began the hunt, up and down the slope and around the reservoir area; over the course of an hour and a half I found quite a few Graylings, but at no point did I spot one before accidentally putting it to flight. When they land they almost always choose spots where they blend perfectly into their surroundings, and to make the hunter’s life just a little harder, they don’t sit upright, but tip over at an angle (usually with the upper edges of their wings pointing into the wind like a blade), so that even if you’re right down at ground level they don’t really stand proud of the grass or scree on which they’re resting.

The most surreal moment came when I was stalking one butterfly which I’d already put up a couple of times, trying to get an angle for a shot without disturbing it again, and another one suddenly flew in and landed on my hand. Cursing the fact that I didn’t have my macro with me, I walked back to where I’d left my bag, bent down, and rummaged for my phone – with the butterfly sitting quite calmly on my left wrist through the whole palaver. I managed to turn the phone on, activate the camera, and line up a shot, but was defeated by the actual triggering of the camera, and while I was trying to change my grip on the phone so that I could press the button, the Grayling apparently got bored with waiting for his portrait, and took off. The only evidence I have for this rather unlikely-sounding tale is that he then landed briefly on my bag.

There’s some information about the Grayling here, if you’d like to know more about this interesting butterfly; and if you fancy walking the area yourself, there’s a good page about the Stiperstones and The Bog here.