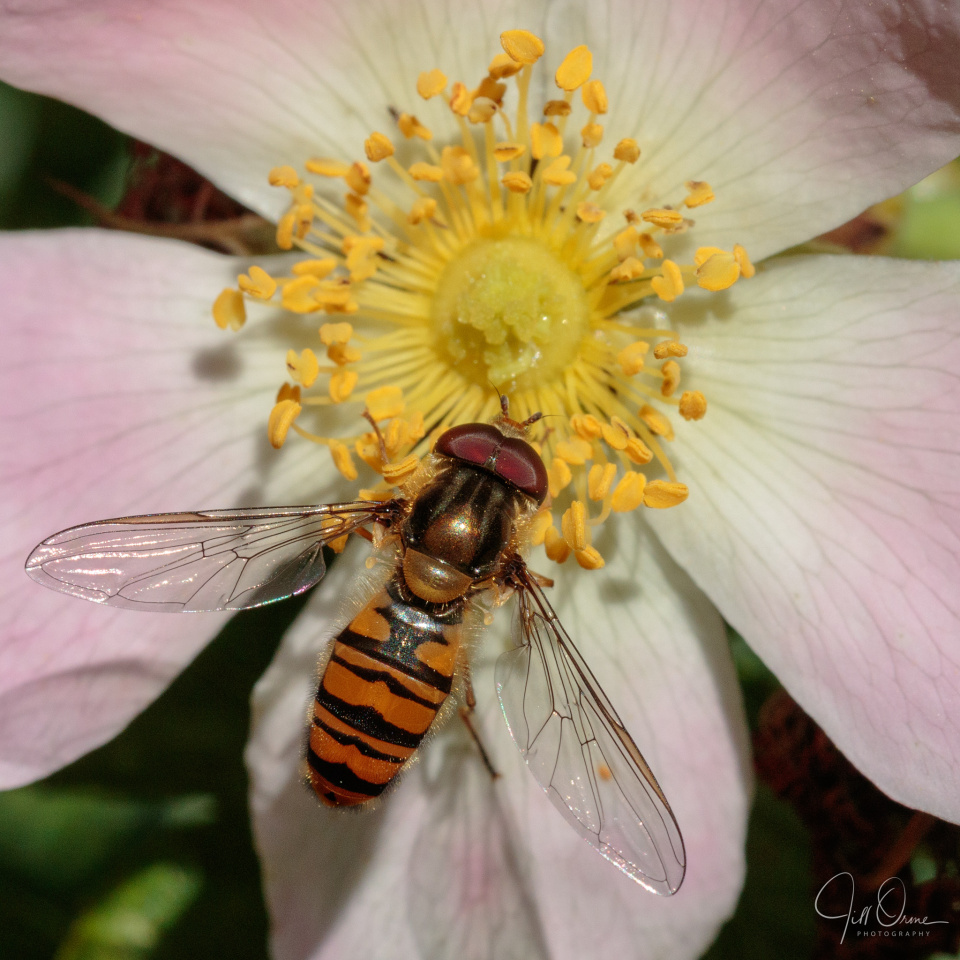 Because I was quite tired after all the rushing around of the last few days, I decided to confine myself to a minibeast safari around the village today, rather than venturing further afield. There were plenty of bugs about, but I still hated almost every photo I took – I’d probably have enjoyed myself more (and R would have had to listen to less moaning) if I’d taken myself off to a nature reserve somewhere.

On the plus side, it was nice to see a reasonable number of butterflies around the place, because the season up till now has been awful. The combination of the drought we had last summer, and some ridiculously early hay cutting, seems to have decimated the local population of the butterflies I think of as the small earlies, namely the Common Blue, Brown Argus and Small Copper; but finally today I saw the first Common Blue I’ve seen in the village in almost a year – though sadly just the one. There was a positive crowd of Meadow Browns zooming about, though no Ringlets or Marbled Whites, which normally emerge at the same time; and I had both Red Admirals and a Small Tortoiseshell browsing the centranthus on my garden wall. And the influx of Painted Ladies that has been reported for the past few weeks has now reached the Shire: I saw four today along quite a short stretch of lane.

On the Odonata front I managed to photograph a few reluctant damsels, but couldn’t get anywhere near the two dragons I saw, one of which was definitely a hawker, and the other I think probably a darter. There were also a good few beetles around, and late in the afternoon I had another visit from the (now very shabby and torn) Hummingbird Hawkmoth.

But out of a small number of “keepers”, this is the photo I like best from today. I think the marmalade fly was the first hoverfly that I ever photographed, and maybe even the species that first started me recording invertebrates, and though it’s common enough that I largely take it for granted these days, a fresh specimen like this is still a handsome little beast. They can be skittish, but this one was also so busy browsing the dog rose pollen that he took no notice of me at all, and I was able to get in really close to him – if you have the time to look at this full screen, you should be able to make out his eye facets.