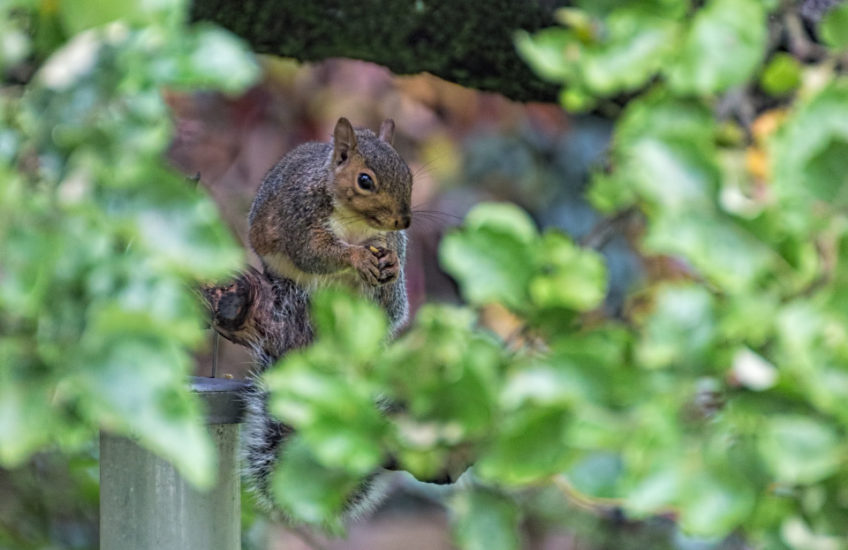 I sneaked a few shots of this squirrel eating from the seed feeder before it realised that I was stalking it – at which point it whisked back up into the apple tree. I could still see its tail though, so I knew it hadn’t actually gone, and I edged sideways until I could just make it out in the gloom of the branches and foliage. Luckily the camera saw it more clearly than I did, because this was the only shot I got of it in this position before it climbed completely out of view. When I uploaded the file I was amused to see that it managed to take some lunch with it when I disturbed it.

I don’t know which of the resident squirrels it is, but it’s definitely not Nick. In some of my other shots, though less so in this one, it looks to be wearing the kind of moustache favoured by Hollywood stars of the 1940s, so until and unless it proves to be female I shall call it Zorro.

In the spirit of full disclosure, I should say that this shot is very heavily cropped. The one thing I’m missing about the 70D at the moment is the 1.6x magnification. My lens list seems to get longer by the day, but as I just spent my last bent farthing on a decent camera strap, the new macro and prime telephoto are going to have to wait a while!