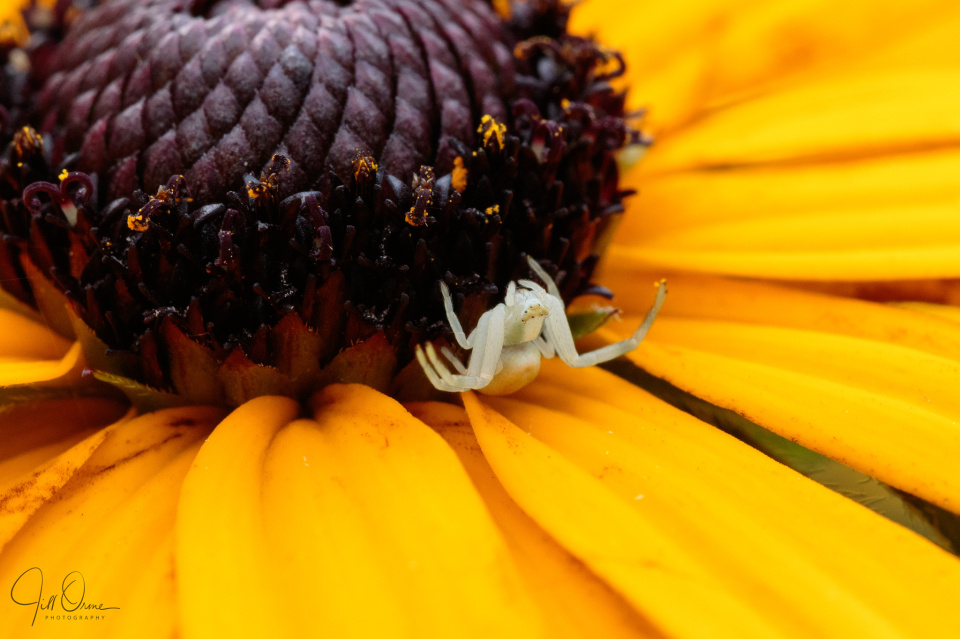 Another day, another experiment in getting photos of a tiny male Misumena vatia. I was irritated at how small he still was in the frame by the time I reached the minimum focus distance of the macro, so I decided to try adding a 12mm extension tube. By the time I’d fetched it from the house he’d caught a fly and was holding it partly in front of him, which didn’t improve the composition. The tube got me closer to the action, but made the focal plane wafer-thin (even though I dropped the shutter speed and narrowed the aperture), so I lost critical sharpness. Then the wind picked up, making the shutter speed too slow for the shooting conditions.

I was just contemplating adding flash, and wondering if I was committed enough to go back to the house again and fetch yet more gear, when it started to rain. This:

a) made me want to scream; and

b) was unexpectedly welcome, because it allowed me to abandon the project and go for a cup of tea.

This is the best of the first set of shots I took, with just the macro and no extension tube. I’ve cropped in a little, but nowhere near as far as I could have: in the end I decided that I preferred the my subject within the context of the rudbeckia bloom.