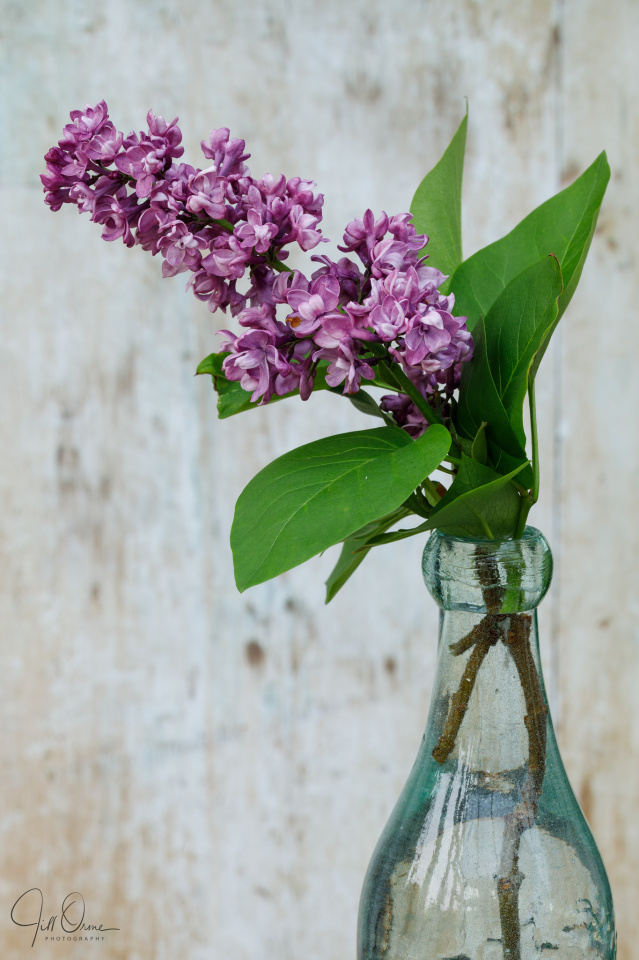 Spring disappeared today, blown away on a sharp north-easterly wind which it seems we’re going to have to live with for the whole of this week. Yesterday I was strolling around in summer trousers and a short-sleeved t-shirt; today it was jeans, thick shirt, fleece and gilet – and by the time I arrived back from a brisk double circuit of the village, I wished I’d been wearing gloves as well.

The nicest thing that happened today was a Zoom with the Offspring (though not with G because he was busy painting a window), but I did also spend an enjoyable forty minutes or so faffing with this lilac spray that I cut from our ‘Charles Joly’ this morning. I always feel terribly guilty when I cut things in the garden, though in my defence the lilac is now going over anyway, and I apologised to it profusely all the time I was photographing it. I think I maybe need to get out more.

On the subject of which, I didn’t bother listening to Doris’ much-anticipated television address to the nation this evening, because my Spidey Sense told me it would be the usual meaningless waffle. My Twitter feed (which, if you care, contains large numbers of doctors, lawyers, and other metropolitan elitists) has since told me that it was even worse than that, so I’m glad I used the time more productively. Apparently the government is bored with having responsibility for the health of the nation, and it’s now up to the citizenry to behave sensibly to avoid the virus. Given that there were two separate street parties in this tiny village on Friday evening, I’m not brim-full of confidence that that’s going to go terribly well.

If you don’t know anyone who’s yet had the virus badly and survived to tell the tale, this account is instructive.