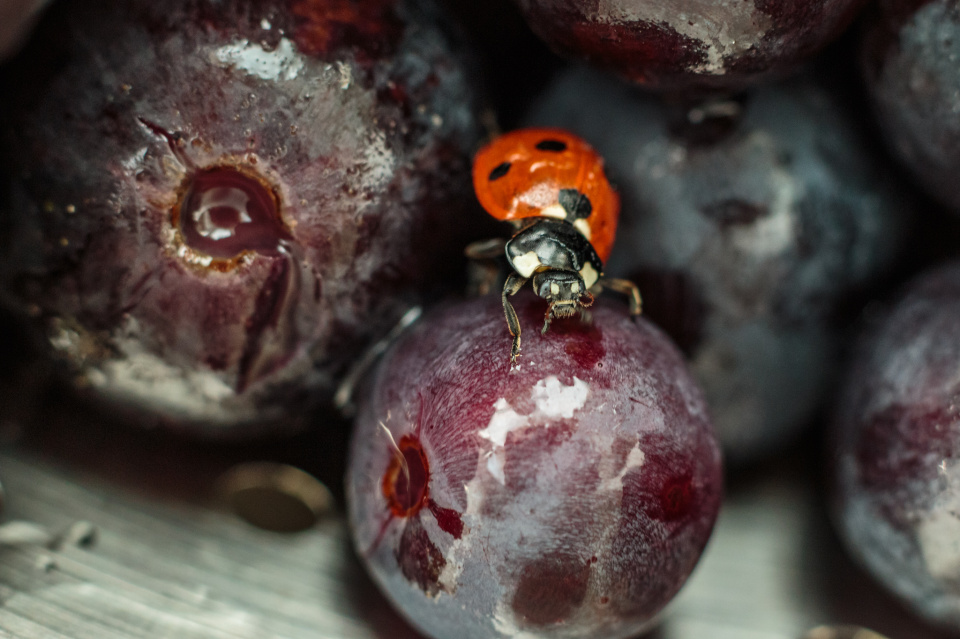 I pruned our Fragola grape vine this morning, and brought in about 2kg of (over)ripe grapes to be boiled up for grape jelly. I had sorted them into edible and not, and was washing the usable ones in a colander, when I spotted a 7-spot ladybird in among them. It was somewhat damp, and though it was trying hard to extricate itself it wasn’t making much progress on the wet, slippery grape skins.

A nice person would have helped it out of the colander immediately, but naturally I photographed it first.

The light was really bad today, so I had to use a high ISO, a wider aperture than I like for macro work, and a pretty low shutter speed – so it’s not surprising that most of the shots were both grainy and blurred. But a few came out reasonably well, and I like this one partly because it shows a flexibility in the waist that I didn’t know ladybirds had, and partly because one of the antennae is curled like Hercule Poirot’s moustache.