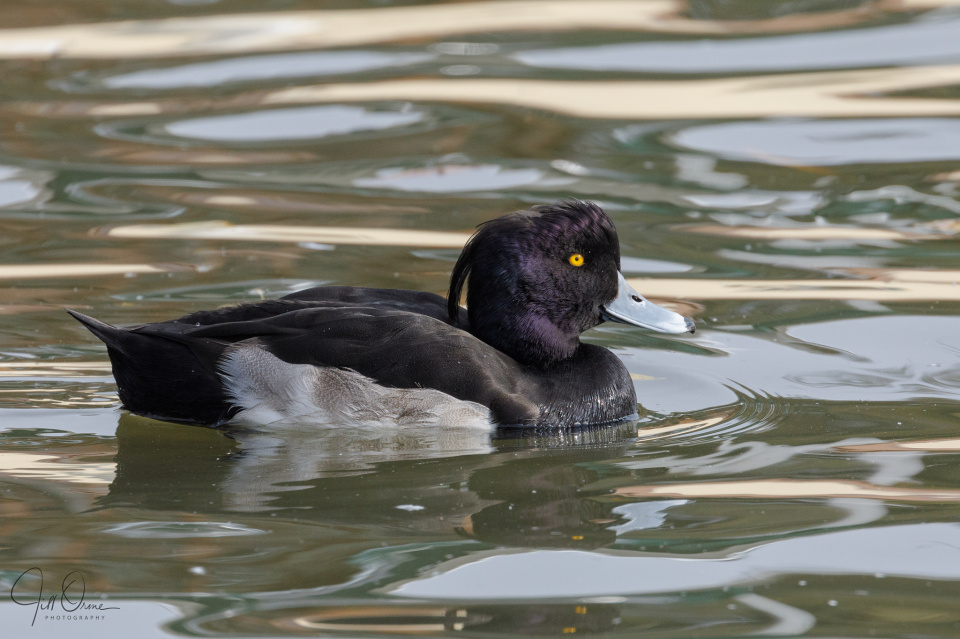 It was R’s turn to visit Stratford Hospital this morning, for a routine screening appointment, and I repaid his favour of last week by driving him into town. It was worth it, frankly, just for the entertainment value of watching him getting in and out of the MX-5 – but even better, when we met up afterwards he bought me coffee and cake.

After dropping him off at the hospital I parked in Old Town, and then walked down to Lucy’s Mill Bridge and back up the south side of the Avon, looking for things to photograph. I noticed last year that if you’re at the river in the morning you have a good chance of catching a mute swan performing its extravagant bathing routine, and today there were several splashing around, one of which I’ve posted below. I tend to shoot this kind of scene on as fast a shutter speed as the light will allow, but today I decided on a slightly longer exposure to try to get more of a sense of movement in the photos, and found that 1/400 second gave me a reasonable chance of getting the head still while showing movement in the wings. 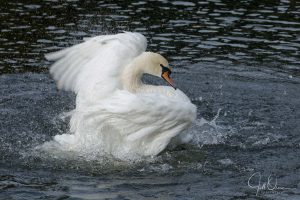 The tufted duck count down by the theatre is still twelve, which is good, but I was a little grumpy that the current group seem to be sticking close to the north bank. I much prefer shooting them from the south bank, where the light is better (especially in the morning); but only a bad workman blames his ducks, and at least they are coming in towards the bank, rather than hugging the island in the middle of the river as last winter’s crew preferred to do. So I stomped over the Tramway Bridge and round into the Bancroft Gardens, knelt down on the quay, and waited for one of them to present itself in a way that didn’t require me to shoot directly into the sun. After a few minutes this one drifted into the reflections from the little boat shack by the quay, and then turned so that the light caught his head feathers, and I knew that I had my shot.

There’s a second tuftie, in less kind light but sporting a kind of windswept mohican, over on my Facebook page, if you’re interested.