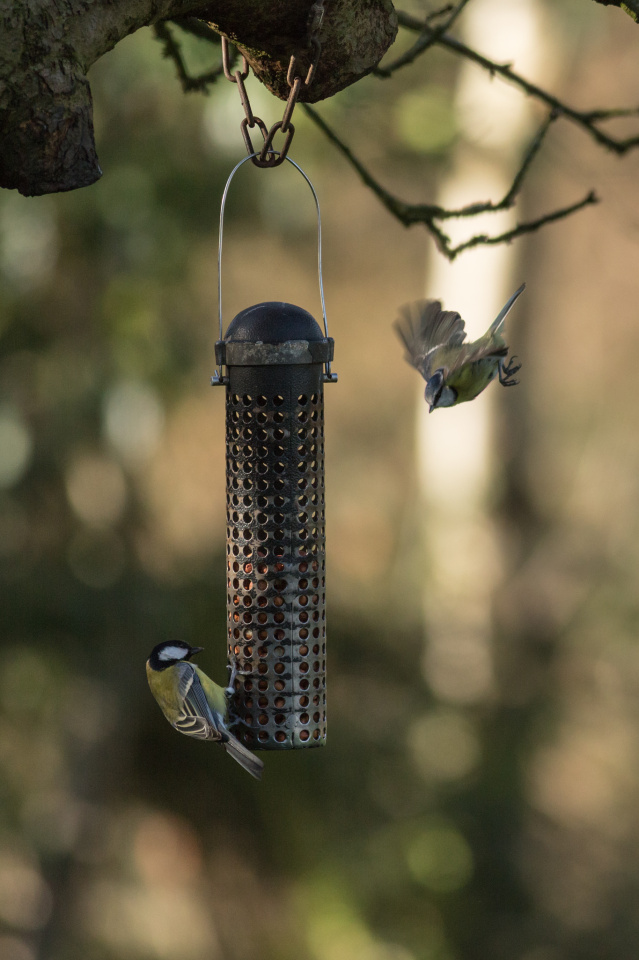 The light wasn’t too bad this morning, so I went out into the back garden to have another play with my new lens – this time using a monopod to give it a little stability, a shutter speed of 1/000 second, and auto-ISO. The birds weren’t too worried about me being there, and it only took about twenty (cold) minutes for me to take nearly 200 shots. I’ve culled down to about two dozen keepers – of which this is my favourite, because these tiny birds move so quickly that their flight is just a blur to my naked eye. After many failures to catch them in movement I got lucky this time – I had been keeping one eye on the blue tit while it sat on a branch watching the great tit eating, and I just managed to press the shutter quickly enough when it took off.

The extra is of the moment when an incoming blue tit literally knocked a coal tit from its perch. 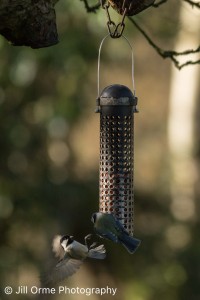 After today’s session I’m quite sure that I’ll be keeping the 400 lens – even though I haven’t quite worked out yet when, where and how I’ll be using it. R is very pleased with this decision, partly because it means I won’t be likely even to lift an eyebrow the next time he upgrades a guitar, and partly because it allows him to happily misquote Crocodile Dundee every time he sets eyes on my new toy: