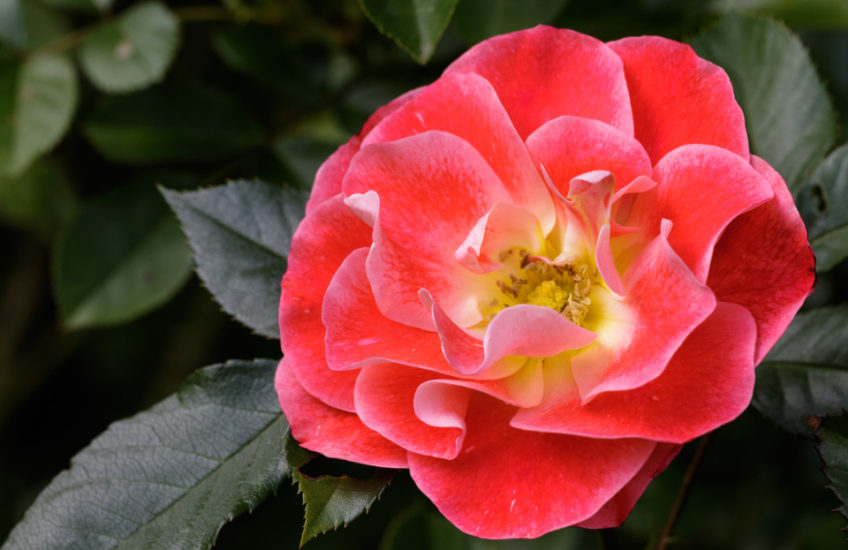 I slept well last night, with no painkillers, and today I can breathe pretty normally (albeit with some slightly disturbing clicking noises from my rib cage), and my jeans belt fastens on its normal notch. Yay! This morning I also had what for me is an unusual experience: I woke up not actively worrying about anything. This was slightly concerning because I do like to keep my worries all lined up and accounted for, and my first thought was that I was having a Senior Moment and forgetting something that I should have been fretting about; but after some pondering I realised that the missing worries have just been surgically removed, and I’m happier than I’ve been in some while.

Which is a pretty good way to begin the day.

The weather was also in a good mood, so after breakfast R and I took a trip to the garden centre for essential supplies, and then he set to work on some weeding. All I was supposed to be doing was directing operations and keeping an eye out for interesting bugs – but of course I got bored and decided to “just” cut back the euphorbia…. which led to the realisation that there were a few wild geum plants I could quite easily reach and remove…. and in the end between us several barrow-loads of detritus were cleared. It’s possible that I may have done slightly too much, but if asked I’m very unlikely to admit it.

I am, however, a little embarrassed to be posting what I suspect is a near-identical shot of this rose to ones I’ve blipped previously. In my defence:
1. It’s by some distance the best photo I took today; and
2. I’m still hoping that some day someone will tell me what it is. I didn’t plant it, and I’ve never seen another one like it – except on a couple of blips which I think came from New Zealand, and whose posters couldn’t tell me its identity either.

Wanting to put a name to it isn’t just down to a trainspotting mentality, though that does come into it. I really love it, and given the amount of time I’ve wasted searching books and web sites for it without success it seems to be a rarity, so I’m concerned that if it reaches the end of its life (it being quite an old shrub), or we move house, I might not be able to find a replacement; and if I have a name I can at least start contacting specialist rose breeders to see if any of them might have one.

So if you recognise it, do please let me know!