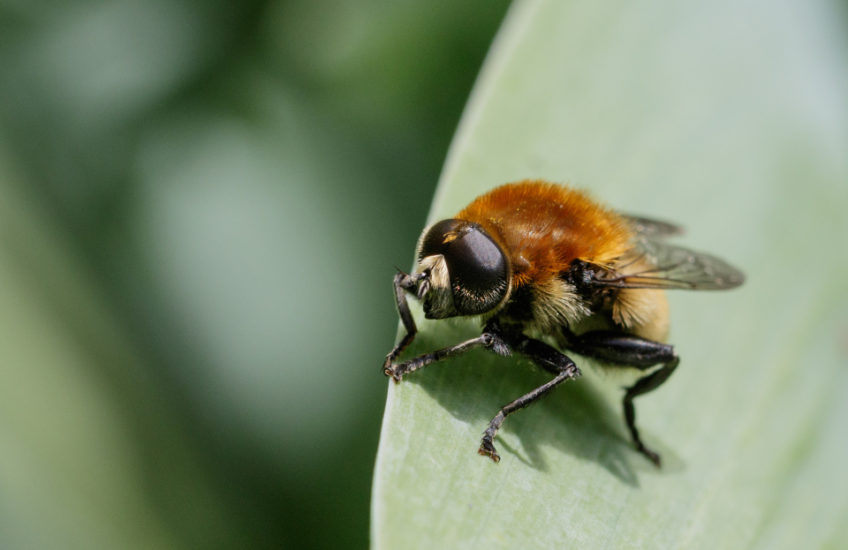 To absolutely no-one’s surprise I was rather tired today, so I mostly lolled about, or strolled around with a camera looking for interesting things to photograph. It wouldn’t be absolutely true to say that I did no gardening, but I limited myself to trying to save the lives of a yarrow and a young foxglove which are the current favourite menu items of the village’s snails and slugs, by roughly clearing an area of soil around them and isolating each one within a copper ring.

This reminds me that I when I bought a set of these rings last month I promised you a progress report on my experiment with them, and I’m pleased to say that so far I’ve found them very effective. At the time I was in imminent danger of losing a helenium, which was being eaten off at ground level every night; it’s now over 30cm tall and growing strongly, and you wouldn’t know unless you looked at it closely that it had ever been attacked. A couple of weeks ago we also discovered the mangled remains of a hosta which I’d thought had already died, so I fed and ringed it and it’s now beginning to leaf up quite nicely. It’s important to make sure when you place one of the rings that there’s nothing such as a twig or leaf lying across it (or any nearby plant overhanging it) which could form a potential bridge for the slugs and snails to use to get into the protected area; but really that’s all you need to manage, and the copper does the rest. Today I had to take off quite a few of the lower foxglove leaves – though they were so chewed I doubt the plant will miss them – and also pull up part of a patch of forget-me-nots from around the yarrow, and cut back some overhanging montbretia; I’ll have to go out tomorrow and see if what I did was enough to isolate the two damaged plants, but I’m pretty confident that I’ve given them a chance of recovery.

I was walking back to the house after hanging out some washing when I spotted this little chap, which is a hoverfly called Merodon equestris, or commonly the Narcissus Fly; I had to run back inside to get my camera and feared that he’d be gone by the time I got back, but luckily the males are fairly territorial and I found him again quite easily. I love his skulking tough-guy stance, which is pure bluff: the only damage this hoverfly capable of inflicting is to narcissus bulbs in its larval stage – the adults are nectar feeders, and quite harmless. They mimic a range of bumblebees – the Common Carder in this case – and it’s likely that over the summer I’ll find some differently patterned ones to show you.