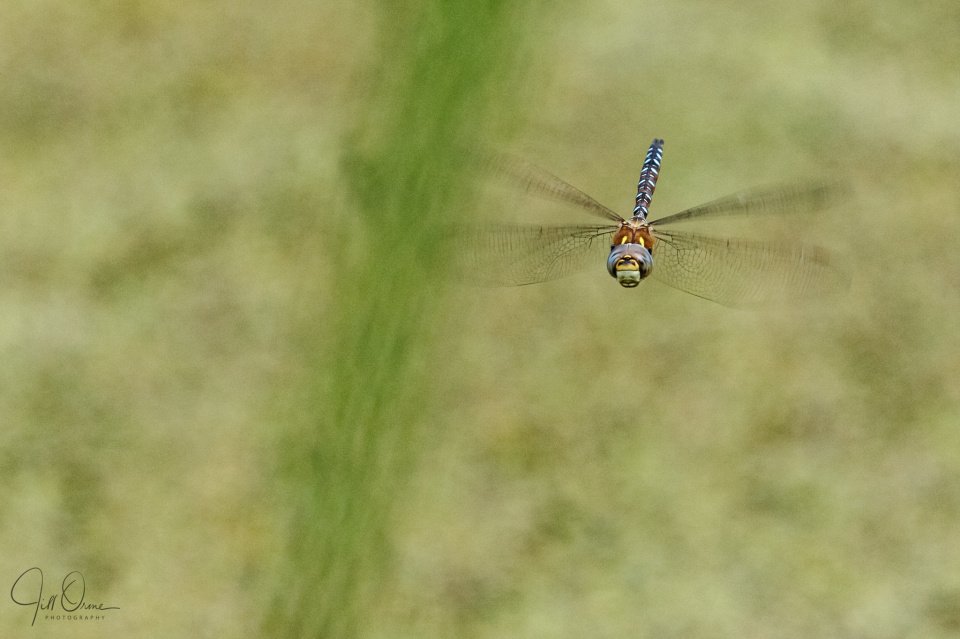 I was coming to the end of a first leisurely circuit of the lake at Croome this afternoon, and contemplating going around once more for luck, when I happened on the sight of a woman sitting so far down the bank that she was virtually in the water, and doubled right over as though she was looking at something fascinating. I’d got no further than thinking What on earth is that w- when I realised that it was Hillyblips, communing with an ovipositing Brown Hawker. I shamelessly muscled in on their relationship, and took so many photos of the lovely creature – the Brown Hawker, that is: I know better than to point my camera at Hillyblips – that many hours later I still haven’t finished processing them all.

Instead I’m going with a photo that I took right at the end of the afternoon, and which caught my eye on my first trawl through today’s images because it’s a little different to my usual offerings. We were sitting by a reed bed watching this very agile Migrant Hawker hunting, in light that was changing very fast due to scudding clouds, and I happened to take this shot while the sky was overcast and the light quite poor; the combination of flat light, high ISO, and the Hawker being quite a long way away from the background weed, have given it a slightly painterly quality that I really like.

My extra is a photo of a female Ruddy Darter, ovipositing in a rather casual fashion on some vegetation at the side of the lake. She had been flying in tandem with a male for several minutes while he chose the oviposition site, but by this stage he had released her and was keeping watch over her from a short distance away to make sure no rival males approached her, while she moved from plant to plant dropping her eggs. Ovipositing above the water line is quite typical of Ruddy Darters; their eggs are drought-resistant, and won’t hatch until they’re submerged. 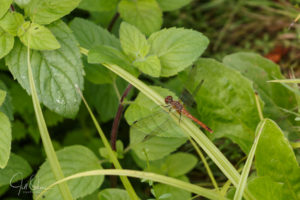