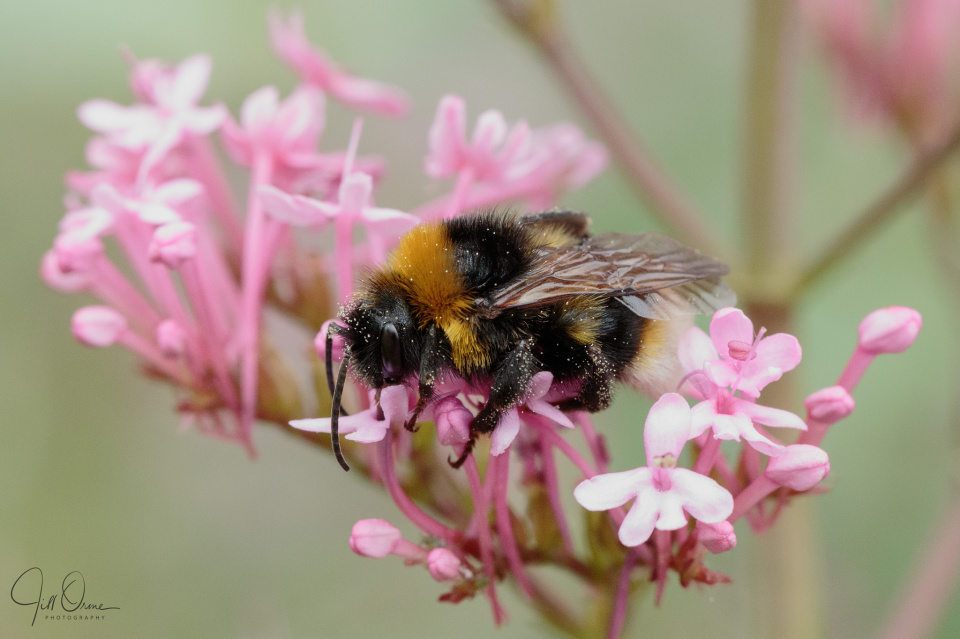 I bet that surprised you! Neither a a dragon nor a damsel today, because the weather was gloomy and damp, but even though it was starting to rain when I took this, there were still plenty of bees out and about. Most of them were working furiously, but there were half a dozen wandering lazily around the centranthus which attracted my suspicious attention: they looked superficially like buff tailed bumblebees, but on closer examination turned out to be impostors.

A couple of years ago I was very excited when I found a single Bombus vestalis in my garden, but now the flipping things seem to be everywhere I look. This is bad news for the buff-tailed bumblebees whose nests they parasitise, and I can only hope that  the population of Bombus terrestris in this area is large enough to sustain this many cuckoos; it’s usually said that bees and their kleptoparasites manage to live in balance, but I don’t know how one can be fully confident that this is true.

A female B. vestalis doesn’t have to do any proper work, because she takes over a nest that a B. terrestris queen has already founded and stocked with workers, and puts them to work for her instead – so all she has to do is eat, and fly around until she finds a nest to commandeer. I’m hedging my bets with this specimen though: although it seems a little early for them to have emerged, its size and the scruffy band of yellow around its midriff make me think that it’s probably a male. If so, you’d expect it to be at least a little focused on finding a mate – but none of the six or so that I saw today looked to have anything on their minds other than food.