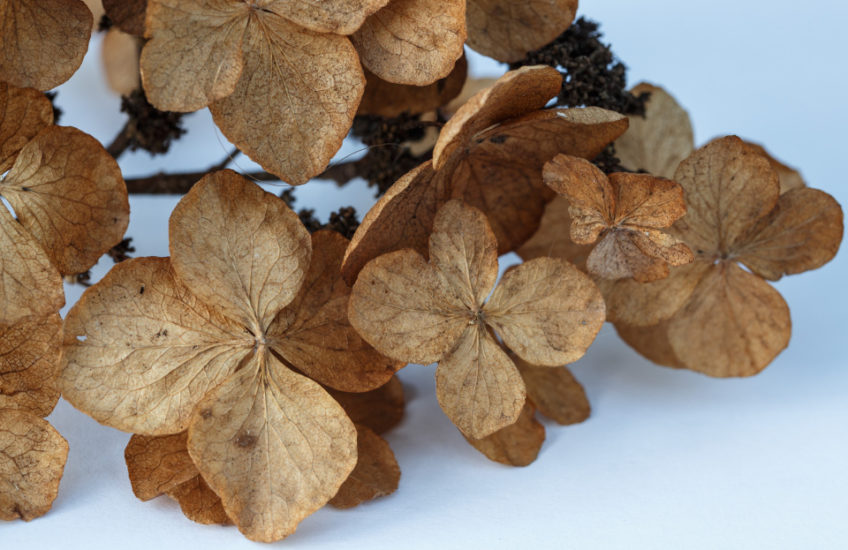 I’m posting this very late, because I was at my desk almost all day and then after dinner I went out to BGCC, where I took a First and a Commended in the Little Girls’ Section of the Projected Images Competition. When I texted R to tell him this news, the response that came winging back was “No-one likes a smartarse,” which I think is unarguable. The one that came first is a favourite image of mine, which I blipped here.

I snapped a couple of emergency dead hydrangea shots just before dinner, but didn’t have time to process them until I arrived back home; since when I’ve also been doing various tasks such as file backups which somehow failed to happen at the weekend. I’ve now virtually caught up my backlog of administrative rubbish, but I’m looking at the clock and realising that I’m likely to fit for nothing very much tomorrow morning. Such is life.

By the way, if you’re wondering why this dead hydrangea head is tidier than most dead hydrangea heads, it’s because it comes from an oak-leaved variety, Hydrangea quercifolia ‘Snow Queen’. The quercifolias look quite different to the macrophyllas, not simply because the leaves are a different shape but also because of the arching shape and the cone-shaped flower heads – and as you can see, they dry differently too. They’re striking shrubs, and if you have room I recommend them.