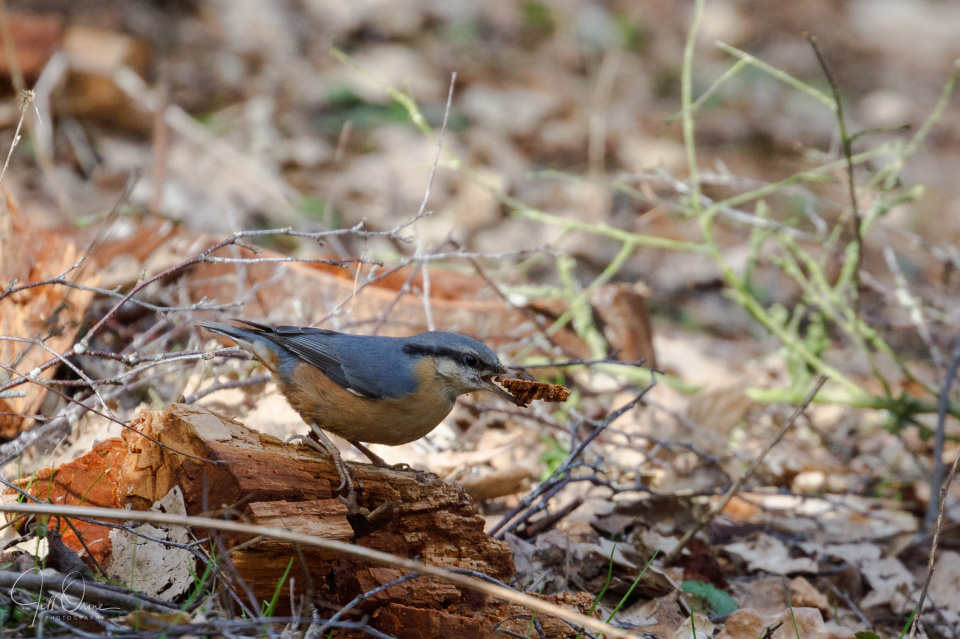 I had to go to Coventry this morning to see the periodontal specialist for my three month post-surgery check-up – which happily I passed, so barring mishaps I don’t have to see him again until December.

As I was only a couple of miles away from Brandon Marsh and the weather was being kind, I swung by the reserve and had excellent chats with three other birders in one of the hides, emerging with reams of information about good sites to visit. Even better, one of my informants kindly walked me round to a section of the reserve I rarely visit, and pointed out a nuthatch nest hole in one of the trees; he then moved on to a different hide, but I stood entranced for about quarter of an hour, watching the owners preparing the nest for their clutch. I was surprised to realise that one of the places from which they were collecting bark was only about ten metres from where I was standing, and though they’re very fast, and the light was tricky, I was able to get a few shots of them down on the woodland floor. 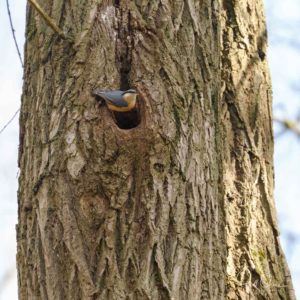 According to my books both nuthatches will work on a nest, and they sort of were, but the one in my main image was definitely doing the bulk of the work; the other, shown in my extra, spent quite a lot of time sitting in a nearby tree watching proceedings, and every now and then went into the cavity to check it out, but only did a little fetching and carrying. The one with the rubbed patch on its neck was very busy indeed though, making repeated trips to collect bark – and sometimes overreaching itself by choosing a piece that was too heavy for it to carry. It also spent a lot of time working around the entrance to the cavity with mud (some of which you can see on its bill) – this is to decrease the diameter of the hole, to make it harder for larger birds to get inside. Nuthatches don’t move far from the place where they were born, so this pair will probably have lived in this woodland their whole lives. They’re very territorial, and stay together all year, so they’re likely to be the same pair that used this nest hole last spring.

After spending some time with the nuthatches I went and sat for a while on a nearby bench  and watched a treecreeper doing its thing; and then as I walked on up the path to get back to the visitor centre, I crested a rise and found myself just a few yards away from a kingfisher that was sitting on a branch overlooking a pool. Sadly it saw me at the same instant I spotted it, and it flew before I could even lift the camera, but I was very pleased to have seen my first kingfisher of the year.