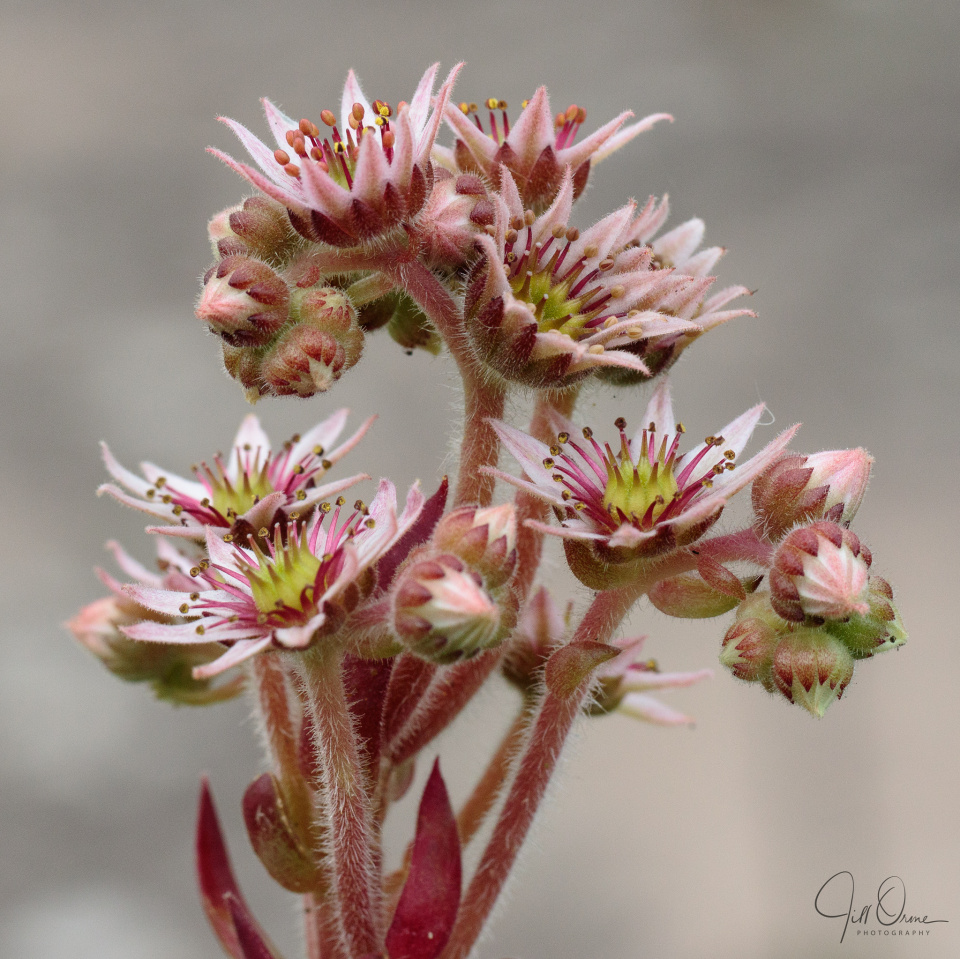 Rain stopped play at the AOG today, which may have come as something of a relief to R, because it allowed him to receive a modicum of his wife’s attention on his birthday.

The overnight storms having – apparently – cleared, we risked a morning visit to Charlecote, only to spend most of it standing under a tree, drinking coffee and watching the rain sheeting down all around us. When distant rumbles of thunder began to sound, this stopped seeming like a terribly good idea, so we zoomed round the Front Park at an extended squelch and then took ourselves off back home.

After R had taken several birthday phone calls and unwrapped his presents, I left him playing and went out with a net to skim leaves off the ponds. Late in the afternoon the light improved just a little, and I had the fun of watching three Southern Hawkers hunting in the far garden – but none of them perched, and it was way too dark for flight shots. On the way back to the house I took a few photos of a sempervivum that has suddenly burst into exuberant flower, and the Birthday Boy has chosen this as his favourite.

This evening we had a takeaway from The Bridge at Bidford – the first meal we’ve eaten since mid-March that wasn’t cooked by us – and enjoyed it very much. We’ve been inveterate eaters-out for many years, so this was a slightly strange compromise, but although it didn’t compare with a proper restaurant experience it still felt like a bit of a treat. And with the one advantage that neither of us was driving, so we didn’t have to watch the alcohol units!

After dinner we’d been planning to watch a film of R’s choice, but we wound up spending far too long playing with the Turing Tumble I’d bought for him (after receiving a gentle hint that he thought it looked like a fun toy) – so The Irishman will have to wait. I can confirm that the Turing Tumble is indeed fun – and highly addictive – so if R is to retain possession of his toy I may have to get one of my own.