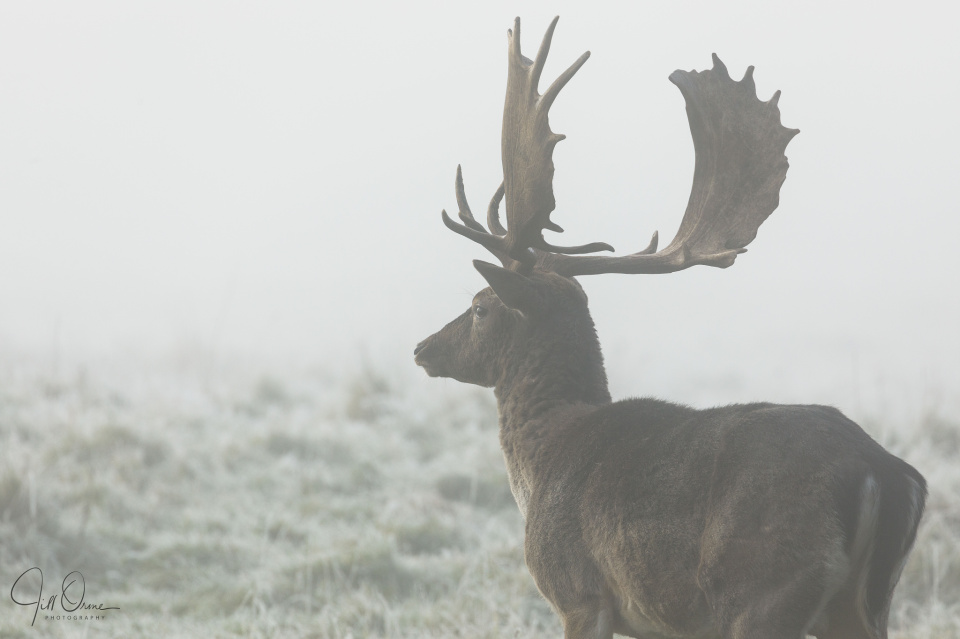 We had early tickets for Charlecote this morning, and began our walk in heavy freezing fog. I don’t know if the cull is still going on, or has recently finished, but the deer were still displaying great anxiety and were congregating in bigger than usual groups, presumably on the principle of there being safety in numbers. A lot of them were in Front and Hill Park, and most of the big bucks were hanging out in a tight group close to the house, which is by far the safest place if shooting is going on; though it seems unlikely that they could have worked this out for themselves, I’d never underestimate the self-protective instinct of prey animals.

Anyway, there was no shooting happening today, and West Park was therefore open, so R and I were able to maximise our step count even before we moved on into Stratford, where we walked along the river in what had by now turned into soft misty sunshine. We then split up; R went to run some errands, and I walked up to the hospital for my blood tests. By the time I sat down at my desk to go through the day’s photos, my phone was awarding me 14,000 steps, allowing me to feel unusually virtuous.