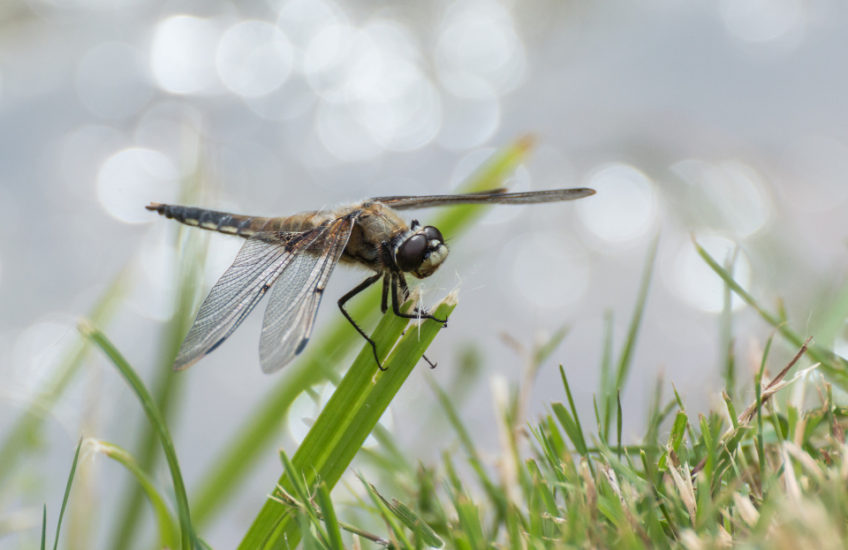 I had a sudden compulsion today to find a dragonfly, after seeing some wonderful ones among this week’s Tiny Tuesday shots, so I took a chance and went to NT Croome, near Pershore, where I knew there to be a lake. Croome is another of those places which is close enough to home for it to be frankly ridiculous that I’ve never visited before, and after an utterly absorbed three hours of wandering about I’m determined to go back very soon. I spent most of my time at the lake, and didn’t go into the house or the RAF museum, both of which are reputed to be worth visiting in themselves, but I still came home with 380 images.

This is not the shot I thought I’d be posting while I was taking photos: there was a beautiful female Emperor ovipositing, despite enormous provocation from other dragons and damselflies which repeatedly dive-bombed her, and knowing that I had some good shots of that I thought she and her antagonists would be my blip. In fact, the first couple of hours at my desk this evening were spent culling the Emperor shots and narrowing down my choice. But then I flicked through the rest of my images and found this one, and the posting decision made itself on the spot. It’s virtually sooc, with the contrast boosted slightly and a minimal crop for composition.

I’m indebted to a chap called Chris Bradbury in the UK Dragonflies and Damselflies group on Facebook for promptly identifying this as a male Four-spotted Chaser. The field guide to British dragons and damsels has just bumped itself several places up my want list…

When I finish processing my other shots I’ll make an album and post a link.