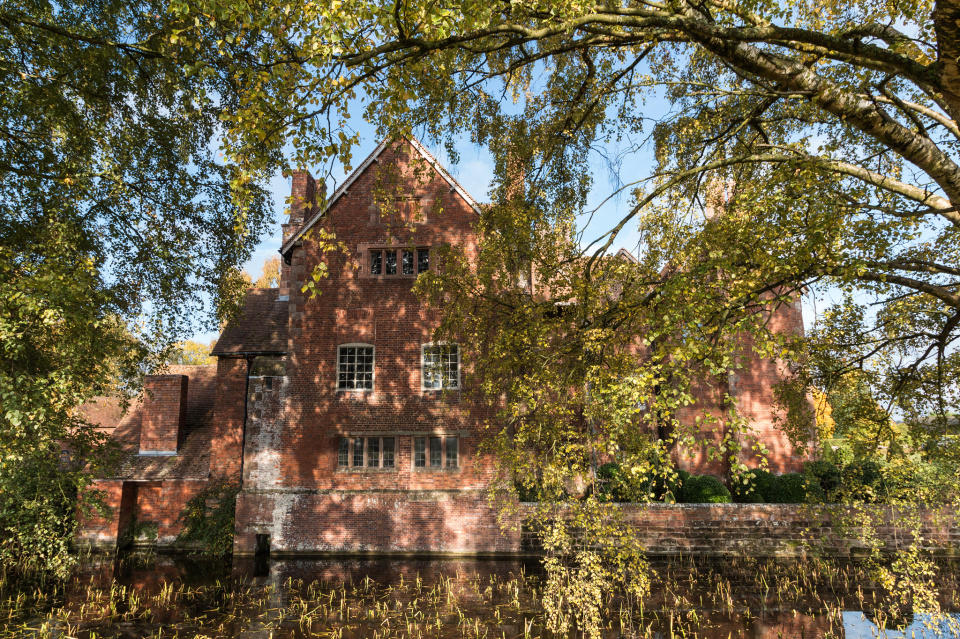 Harvington Hall is a moated Elizabethan manor house close to the village of Chaddesley Corbett in North Worcestershire. It was built by the Pakington family, who were recusant Catholics at a time when failing to be seen to follow the Protestant faith made you politically deeply suspect, and could see you imprisoned and even executed.

Being a Catholic priest was even more dangerous, of course, and wealthy recusant families sheltered and supported priests who came to England after training abroad, and tried to protect them from the authorities by creating hiding places within their houses. Harvington contains at least seven priest hides – some are behind fireplaces and in the attics, but several were ingeniously built in around the main staircase, and are said to be the work of a man called Nicholas Owen, a master craftsman of priest hides. That, of course, was a life-limiting kind of reputation to have: Owen was arrested in Worcestershire in 1606 and tortured to death in the Tower of London.

At the end of the C17th century Harvingon Hall came into the hands of the Throckmortons, another of the great Catholic families of middle England, whose main seat is a few miles down the road at Coughton Court in Warwickshire. The Throckmortons didn’t have much use for Harvington Hall, and over time they stripped it of panelling, removed the main staircase for reinstallation at Coughton Court, and then essentially abandoned it. By the early C20th it was in a ruinous state, but in 1923 it was bought by a wealthy woman who donated it to the Roman Catholic Archdiocese of Birmingham, which still owns it. It’s gradually being restored, and a replacement staircase and replica panelling have been crafted for it.

It’s a lovely house, and I very much enjoyed visiting it. The audio guide is very good, and from the little snippets I heard when my path crossed that of a guided tour, I’d say that the volunteer guides are knowledgeable and entertaining. Given an unpromising weather forecast this morning I hadn’t expected to spend much time in the gardens, but in the event it was a sunny autumn afternoon and very pleasant for wandering about taking photos. I couldn’t resist this view of the side of the house from across the moat, taken through the branches of a birch tree.