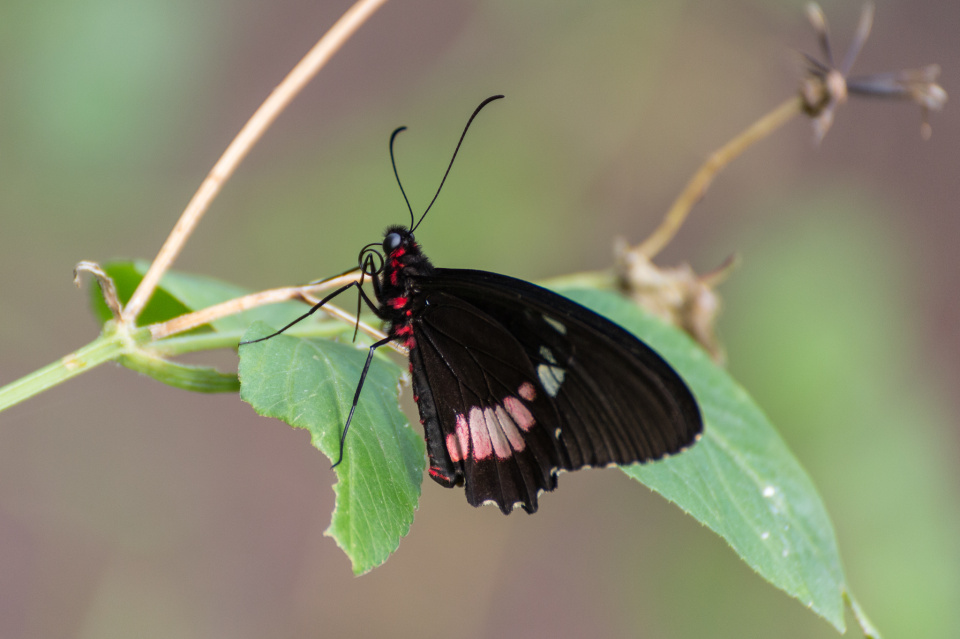 I took over 100 photos at Stratford Butterfly Farm this morning, and as soon as I saw this one in Lightroom I knew it was going to be hard not to blip it: there’s something about its little mohawk that completely charms me. I don’t know why this genus of swallowtails are commonly called Cattlehearts, but this species is named for the patch of green that the males have on the upper surface of the forewing – though I didn’t see this individual in flight, so I can’t tell you if it was male or female. As usual, it looks much better large.

If you’re thinking of visiting the Butterfly Farm, you might want to learn from my experience, and follow these guidelines:

1. Wear less clothing. It really doesn’t matter how little you already have on – believe me, you’ll need less.

2. Take a clean handkerchief. And a moisture-sealed camera.

3. Before you go, check whether it’s half-term week. The place will be full of children whether or not, but in term time they’ll be in organised school parties and behaving themselves, whereas at half-term they’ll be under the “supervision” of their parents. Enough said.

I’ve put some other shots on Flickr if you’re interested – though I’m sad that I didn’t manage to get the killer shot of an Indian Leafwing sitting (for several minutes) on the barrel of my lens. If I’d had my wits about me I’d have snapped that on my phone – as a number of other people were doing!