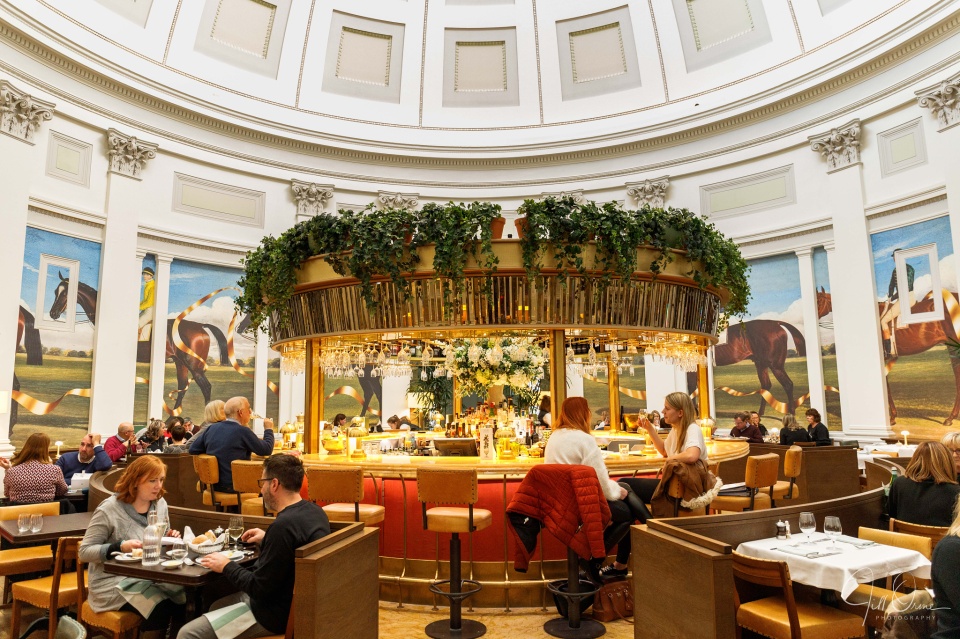 For several weeks R and I had a slightly tense discussion running, on the subject What do you want to do on your birthday? I had a feeling that “Go to a wildlife reserve and take some photos” probably wasn’t the appropriate answer, but I couldn’t come up with anything else that I did want to do, and for a while it seemed likely that what we were going to wind up doing was nothing.

So I was delighted when he mentioned to me that there’s currently an exhibition at the Wilson Gallery in Cheltenham – called Enduring Eye – of some of the images and films made by Frank Hurley, the Australian photographer and film maker, of Ernest Shackleton’s ill-fated 1914 Antarctic expedition. I’ve been fascinated by this story for several years, because of the fact that despite the utter disaster of their ship The Endurance being trapped and crushed by ice before they’d even reached land, Shackleton and his entire crew made it safely home (although three members of their equally unlucky support mission did lose their lives).

After The Endurance sank, Shackleton and his crew made an epic, almost six month trek across ice floes, and then, when the floe they were on began to break apart, they took to the boats they’d been pulling, and after a five day sea journey landed on the uninhabited Elephant Island. Shackleton then took five of the men and sailed another 700 nautical miles to South Georgia, the nearest inhabited land, to get help; arriving on the wrong side of the mountainous island, and unwilling to take the risk of setting out into the treacherous seas again, he and two other men walked across South Georgia (a feat that wasn’t repeated for another forty years), to a whaling station on the north shore. Because of the weather it took four attempts over four months, but eventually the remaining 22 men on Elephant Island – including Hurley and his precious negatives and films – were rescued.

The Royal Geographical Society has now scanned Hurley’s fragile negatives and produced amazingly high-quality images from them; the exhibition shows some of these, along with excerpts from his film (which I think is now held by the BFI), quotes from some of the crew members’ accounts of the expedition, and facsimiles of other documents and newspaper accounts. The still images alone are well worth seeing, but the most dramatic thing in the exhibition is the film Hurley took of The Endurance being crushed and destroyed by the ice.

After the exhibition we walked up into Montpellier – my favourite part of Cheltenham – and had an excellent meal at The Ivy. After several years at the top of my dessert hit parade, Browns’ salted caramel profiteroles have been well and truly supplanted by The Ivy’s chocolate bombe, a glorious confection of honeycombe, ice cream, chocolate, and hot salted caramel sauce, that I can’t properly describe, and you won’t be able to fully imagine if you’ve never been lucky enough to eat one. The restaurant occupies part of the Grade I building that was originally the Pump Room, and the bar has been sited in the rotunda, which was built in the 1820s and modelled on The Pantheon in Rome. It’s really rather lovely, and happily when I asked if I could take a photo they said that I could.