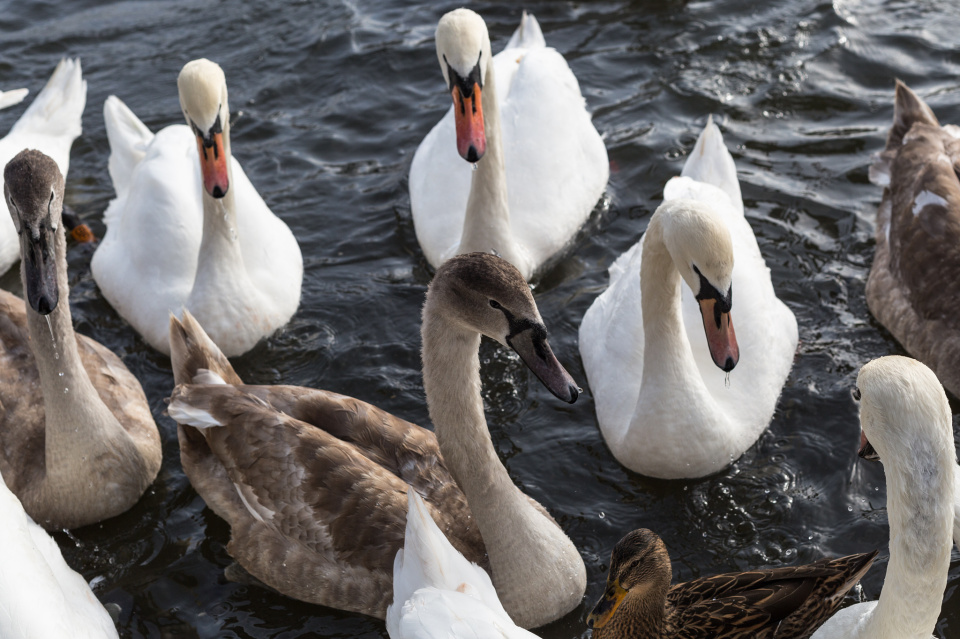 It was all going on down at the Avon this morning. One person after another arrived with bread, and the pigeons and water birds competed frantically for it. I felt considerable respect for the ducks and coots which put themselves in the middle of one of these feeding frenzies, because mute swans take no prisoners even among their own, and I’m not sure I’d want to argue with them. Meanwhile a flock of black-headed gulls swooped around yelling at everyone, and quite often managed to steal the food from under the beaks of the bigger birds.

I took so many shots that it’s taken me half a day to sort them out, and R and I then went back and forth through them till we were cross-eyed, trying to choose a favourite. In the end I decided to go with this relatively calm shot of the interval between two food fights, simply because it’s always nice to have a frame filled with swans (and a duck), but I’ve put some of the more frenetic images on Flickr, starting here.