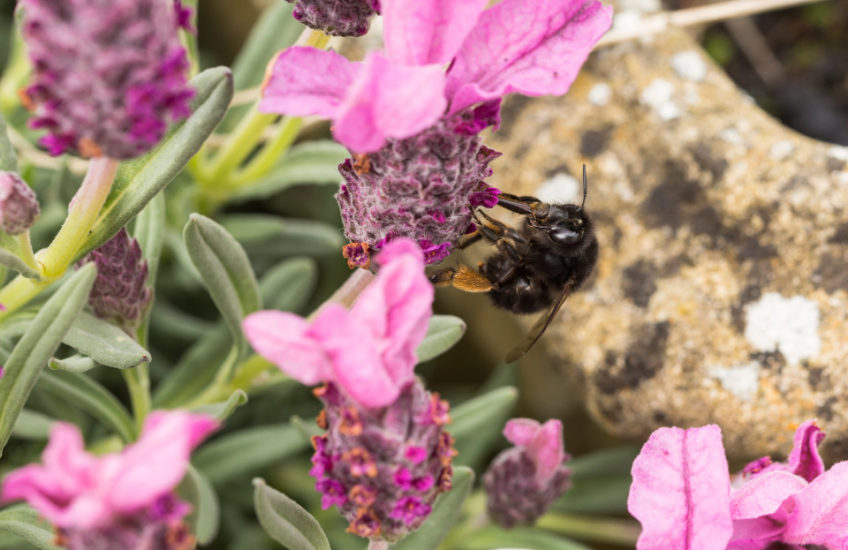 I’ve been trying to photograph a female hairy-footed flower bee since I saw the first ones last Saturday, but they’re skittish and don’t like being pursued by a photographer. Much like many females of the human persuasion, I suppose – certainly those of us who decided several decades ago that we look better behind the camera than in front of it.

I caught this one unawares today, feeding from the French lavender, but I only managed a couple of shots before she realised what was happening and disappeared – so it’s lucky that the focus was good.

Then I went on a little safari around the village, and down through the gently steaming swamp of the back garden, and came back an hour later with 172 shots. Madness. But having sorted, culled and checked with various identification groups, I’ve been able to put twelve separate entries into iRecord, including several that were new for me, as well as having three records picked up directly from Facebook by the hoverfly people, so all in all it was a satisfying day.