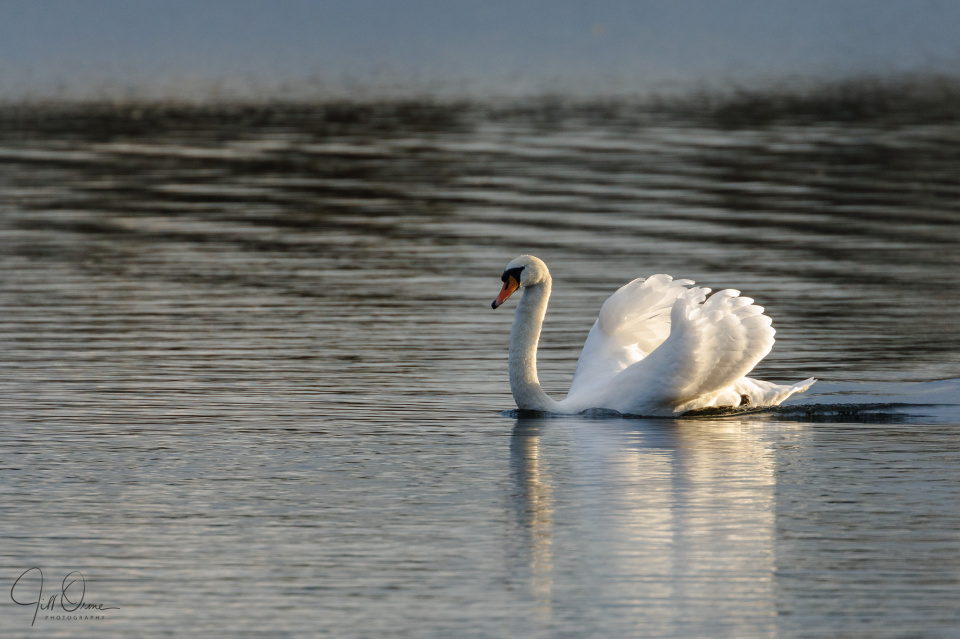 It seems strange to have driven all the way to the Cotswold Water Park today, and then to be posting a photo of a swan, but this was the nicest light I found all afternoon, and the only thing that swam into it was this pen. She was clearly annoyed about something – being the mother of teenagers will do that to you, I seem to remember – but unlike me she looks fabulous when she’s cross.

Having drawn a birding blank at Lower Moor Farm I swung round to the public car park at Pit 12, where I did spot some less common water birds among the gulls and mallards – a couple of female Goldeneyes, and a Pochard – but all of them were keeping their distance, in rapidly fading light, and I only managed record shots. Still, it was good to be out and about, given a rather unenticing weather forecast for much of the rest of this week.

This evening R and I went to the cinema, to see Fantastic Beasts: the Crimes of Grindlewald. The less said about that, the better.