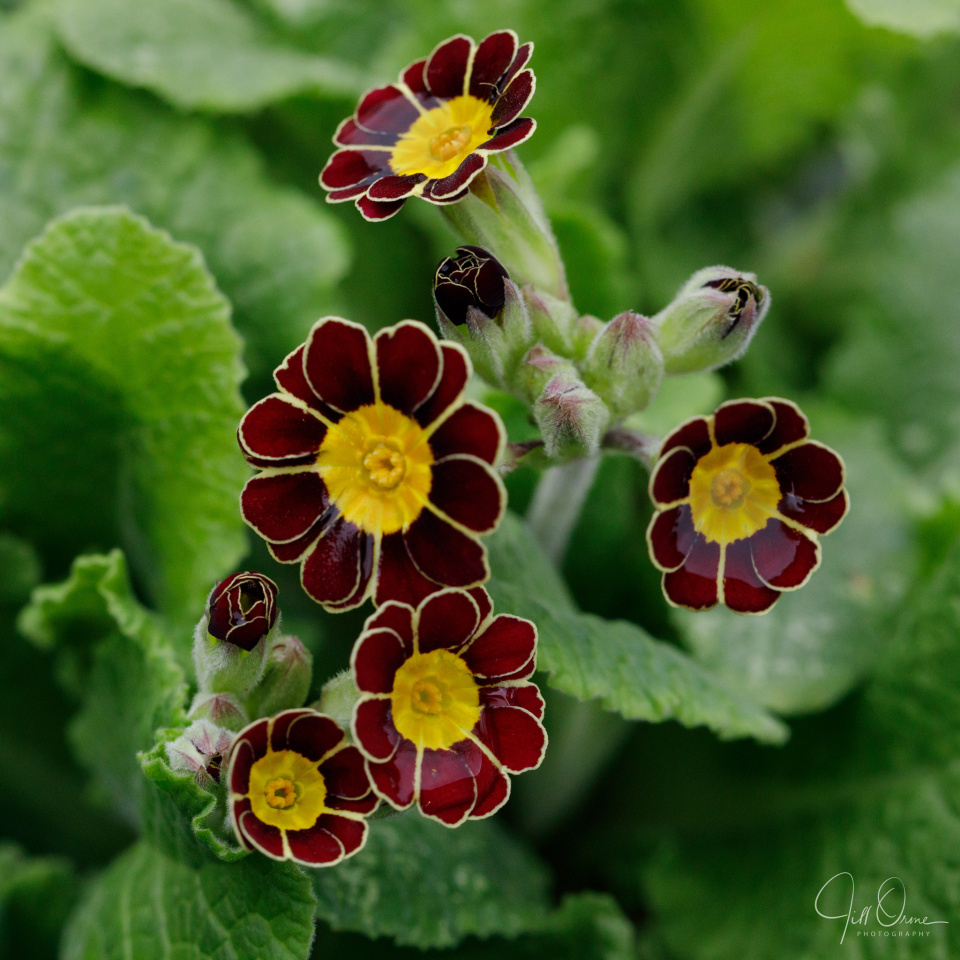 It was another fairly dreich day, though without the driving rain that made yesterday’s journey back from Derbyshire such a trial. R and I went up to Hillers for coffee and cake, which morphed into coffee and lunch, in mild celebration of it being 36 years since our first proper ‘date’, and then we walked around the show garden so that I could look for insects and take some photos. Once again the winter-flowering honeysuckle produced a queen Bombus terrestris, and this time a worker of the same species as well, but my photos weren’t up to much in the poor light.

My favourite image of the day has turned out to be this shot of a slightly unusual primula in the garden centre, which I snapped as we were leaving to remind me to research it back at home. Its ticket said Primula ‘Gold Laced’, and because I hadn’t ever seen one before I assumed that it was a new variety, but it turns out that it’s a revival of a type of primula that was hugely popular in the 18th and 19th centuries, and was grown and shown competitively in both England and America. I liked the story on the Barnhaven web site of the rescuing of this strain from the ruins of a bombed-out plant nursery during the second World War, though I suspect that like many plantsmen’s tales it probably needs taking with a pinch of salt.