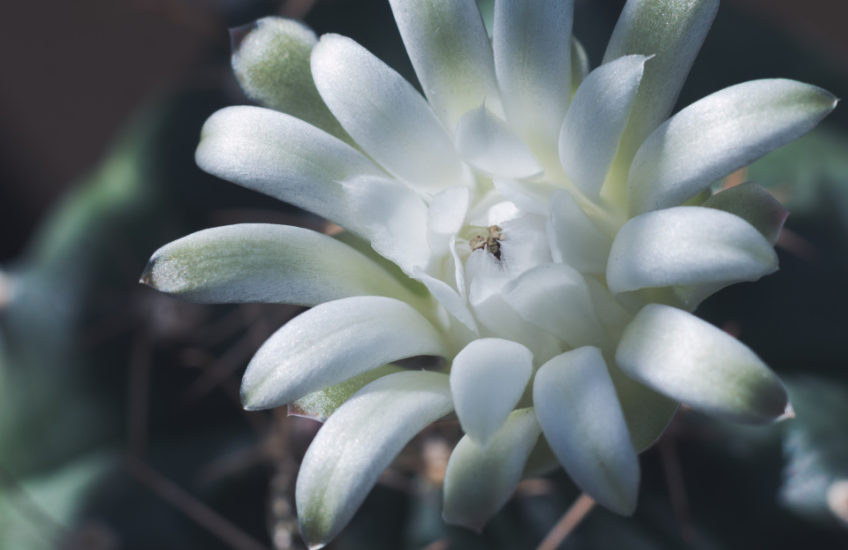 I saw this little flowering cactus when I was buying bags of compost at Stratford Garden Centre the other day, and bought it because it immediately brought to mind the late, great Jake Thackray – which is always something to be welcomed.

The label told me it was called Gymnocalycium damsii – which I looked up on line, expecting it to have a snappier common name such as “flowery spiky bomb”, “lumpy spiny flowers”, or some such… but no – it apparently has no common name. I can’t possibly remember its Latin tag – I may just have to call it Jake.

Oh – and while I’m thanking: I was very happy about the response to my heron shot yesterday, so thank you to everyone who commented on, starred and/or faved it.

I hope you all have a lovely weekend, whatever you’re getting up to. I’m still trying to decide if the blipportunity offered by the Stratford Food Festival is worth the aggravation of trying to park in Stratford on a Saturday… I’ll see how I feel in the morning, and probably let the weather have the casting vote!