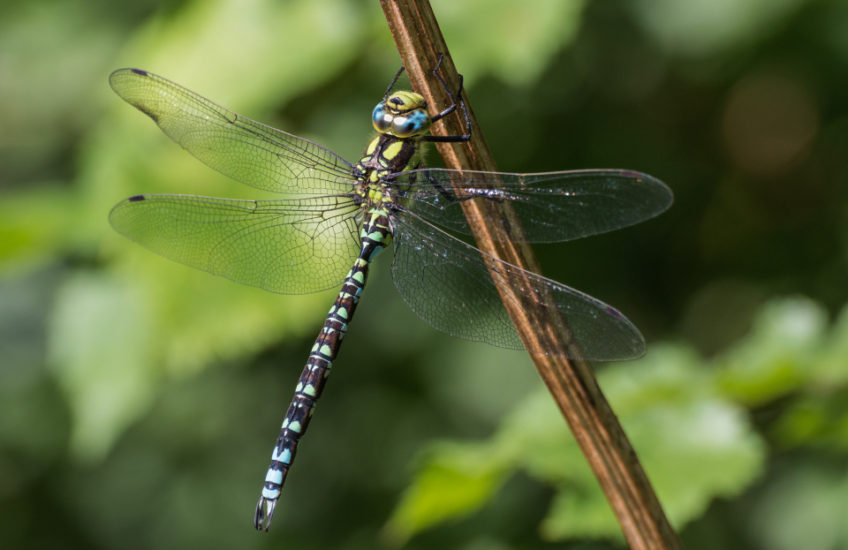 There was consternation among officials at the AOG this afternoon when S. Hawker, called from flying training circuits to pose for official portrait photographs, was seen to be chewing someone. He remained tight-jawed about who this might have been, and the photographer was no help as she had elected to use a long lens rather than a macro, and was unable to elicit fine enough detail from her shots for an identification to be made. So far, it has been established that no butterflies are missing, and the suspicion is that the victim may have been a member of Team Diptera. However, the problem with the Flies is that they tend to be Flighty, and don’t generally answer a roll call; and by now the evidence has been swallowed. So despite the severe distaste this incident has generated, unless some proof emerges that Mr Hawker has consumed a rival competitor, it will not be possible to penalise him.

I’ve been busy, busy, busy all day today. This morning I zoomed off into Stratford to see my dentist, the lovely MK; as usual, she asked why I never photograph her, the answer being that I’ve never thought she was serious about wanting me to – but maybe at my next check-up I’ll point the camera at her and see how she reacts. After she’d called out the chart to her nurse, I asked whether she does this at every visit so she can tell if I’ve been secretly seeing another dentist behind her back, but she told me that it’s a legal requirement for the chart to be kept up to date, so that if I’m ever found face-down in a canal in an unrecognisable state, the police will be able to check their theory about my identity by giving my dental records to the pathologist. Given that MK always laughs like a drain while calling the chart, because I’ve had a lot of dental work done over the years (some of it rather baroque), I don’t think in those circumstances that there would be much doubt that the jaws were mine. Which is something, I suppose.

Then I met up with R, who was en route back home from Child Two’s gig in Sheffield last night, for coffee and a debrief; and then I went and had my eyes tested, because it’s two years since they were last looked at. It was a successful check-up because nothing much has changed with my vision, and the optometrist established that the only time I ever struggle is when I’m photo editing on a huge screen – and on asking further questions realised that my reading prescription is simply too strong for the distance at which I work from the Mac. So we agreed that I should have a single pair of slightly weaker glasses made, specifically for Macking.

I then, of course, had to choose a set of frames – which took an hour….. The problem is that I know exactly what suits me, which is a narrow rectangular frame, but I also know that for these glasses it would be sensible to have a much larger lens so that I don’t have to keep moving my head around to achieve best focus – and my idiotic vanity (and desire not to look like a person who thinks that their heyday was the 1980s, even if it was) kept crashing up against my determination to be practical, and sending it flying. I did two complete passes through the entire stock of frames, before eventually settling on one of the first ones I’d picked up, an hour earlier.

When I got home I phoned Vodafone and – in carefully judged fashion – lost my temper, pointing out that we were now on Day Four of the Great SureSignal Saga of 2016, and that (my contract having expired a week ago) I was perfectly placed and increasingly highly motivated to remove my business to O2. Luckily the chap at the other end of the phone had done the Customer At End Of Tether training, and therefore simply agreed with everything I said and apologised, profusely and repeatedly. By the time we finished the call he had escalated our case twice, to boost it over the top of the backlog of SS registrations they’re trying to process at the moment, and also told me how to go about claiming a rebate because we’ve been paying for a service we haven’t received. So far so satisfactory – and better yet, I can report that at about 8pm this evening our mobiles started working. Sometimes you just have to stamp your little feet.

I’ve also done some other admin stuff, defrosted the fridge, and watched some rowing – which didn’t leave a huge lot of time for photography. I went out with the camera at about 4pm, pretty unsure of what I was going to shoot because although there were a few flowers and plenty of bugs around, it was furiously windy and none of them were keeping still; but fortunately, as I was wandering down the lane looking vaguely around for inspiration, I suddenly caught sight of this Southern Hawker, hunting. I found and lost him several times because his dappled colouring provides excellent camouflage in a hedgerow – but then I got lucky and saw him come to rest.