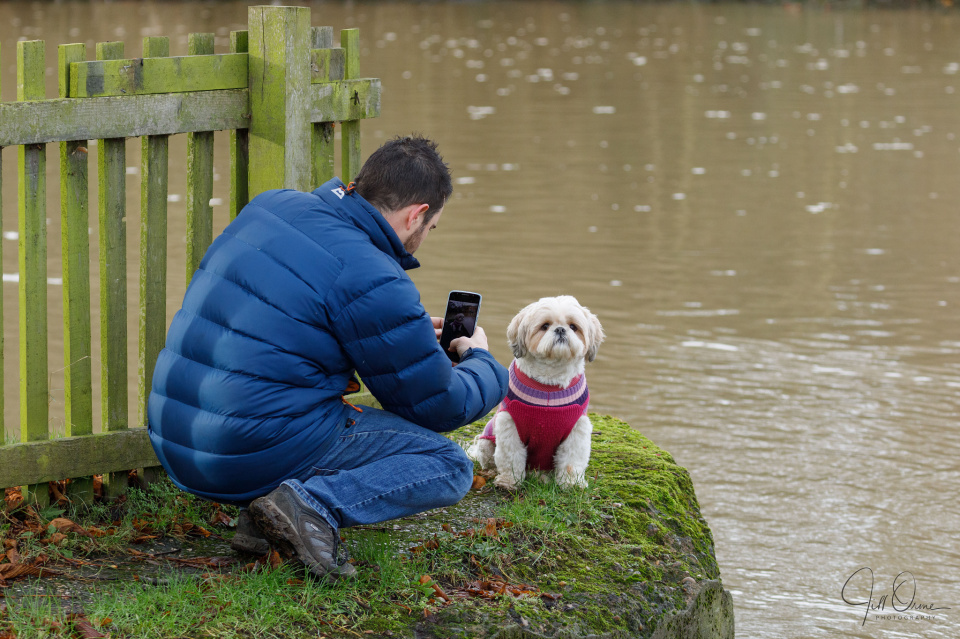 As I was approaching this scene from the other side of the ferry landing stage I couldn’t work out what was happening. I could see that there was a man and a dog, and I could hear a lot of coaxing going on, but I didn’t realise that a photo shoot was in progress until I got level with them – at which point the dog’s tragic expression delighted me so much that I couldn’t resist grabbing a couple of snaps of my own. I don’t know if it was the jumper that was offending her, or the phone camera, but she looked as though she was silently begging me to rescue her. I fear that having a second camera pointed at her may have added insult to injury.

The extra is one of half a dozen swans that were bathing a little further on towards the theatre – there was so much frolicking, splashing, rolling and flapping going on that I hardly knew where to point the lens. 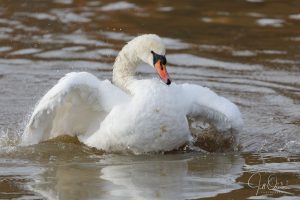 R and I are now knee-deep in lists of things that still need doing and/or buying for Christmas, and I’m swinging wildly back and forth between thinking quite smugly that we’re pretty much on top of everything, and panicking that we’ve left something vital off a list, that we’ll only remember after the shops have shut on Christmas Eve. It’s this kind of anxiety that has me filling the base of the tower so full of ridiculous foodstuffs and festive alcohol that we can barely get to the staircase – but if Brexit goes especially badly, at least we’ll have enough panettone, chocolate truffles and Prosecco to keep us going for a while.