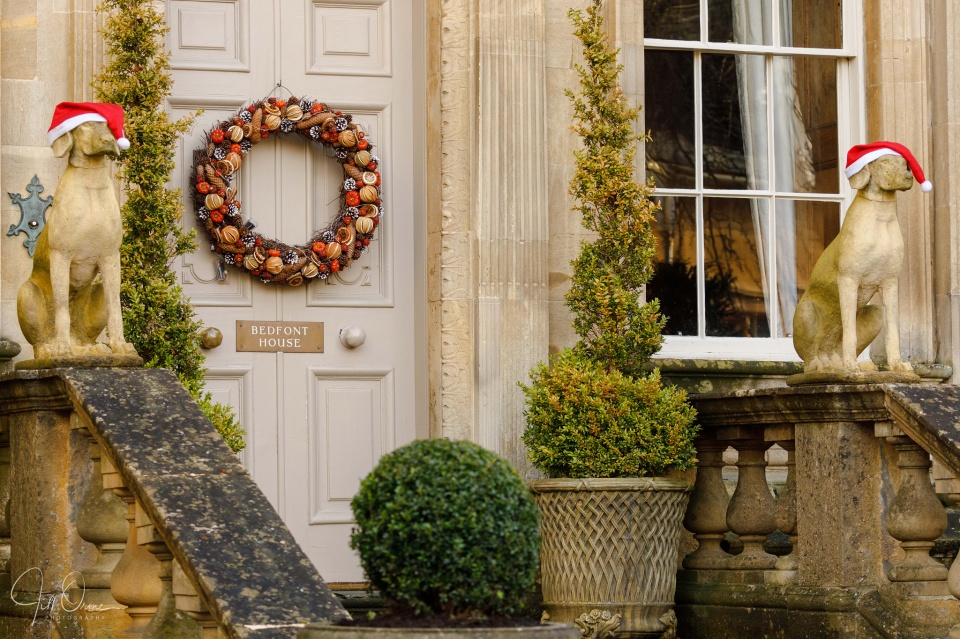 This is my absolutely favourite house in Chipping Campden. If R cared about me even slightly, he’d have bought it for me the last time it was on the market. Not that I’m bitter….

Anyway, I’m usually a bit uncomfortable photographing it – after all, I’d hate it if people stood outside our house taking photos (as opposed to peering, pointing, and having conversations about it, which does happen from time to time, and which I’ve just about learned to live with). But as we approached today and I saw how they’d decorated the frontage, I felt that it was a positive invitation: you surely can’t put Christmas hats on the stone hounds guarding your front door and not expect them to be photographed, can you? 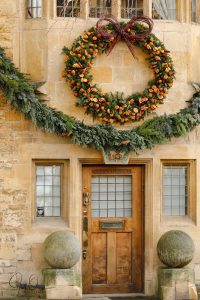 Believe it or not, these aren’t the most Look-At-Me Christmas decorations in Campden this year. A couple of doors further on is the most extravagant wreath and swag affair I think I’ve ever seen. The Woolstapler’s Hall is largely C15th, though bits of it are said to be older, and was once the Exchange Room for the town’s woollen merchants. It was restored and converted for use as his home in the early C20th by the great Arts & Crafts designer C.R. Ashbee; then for a number of years it was used as a local museum, and around the Millennium it was converted to a Bed and Breakfast – but as far as I can tell it’s now a wholly private house. I’m giving the owners 10/10 for effort on the festive front.